Buy the book or the puppet gets it. 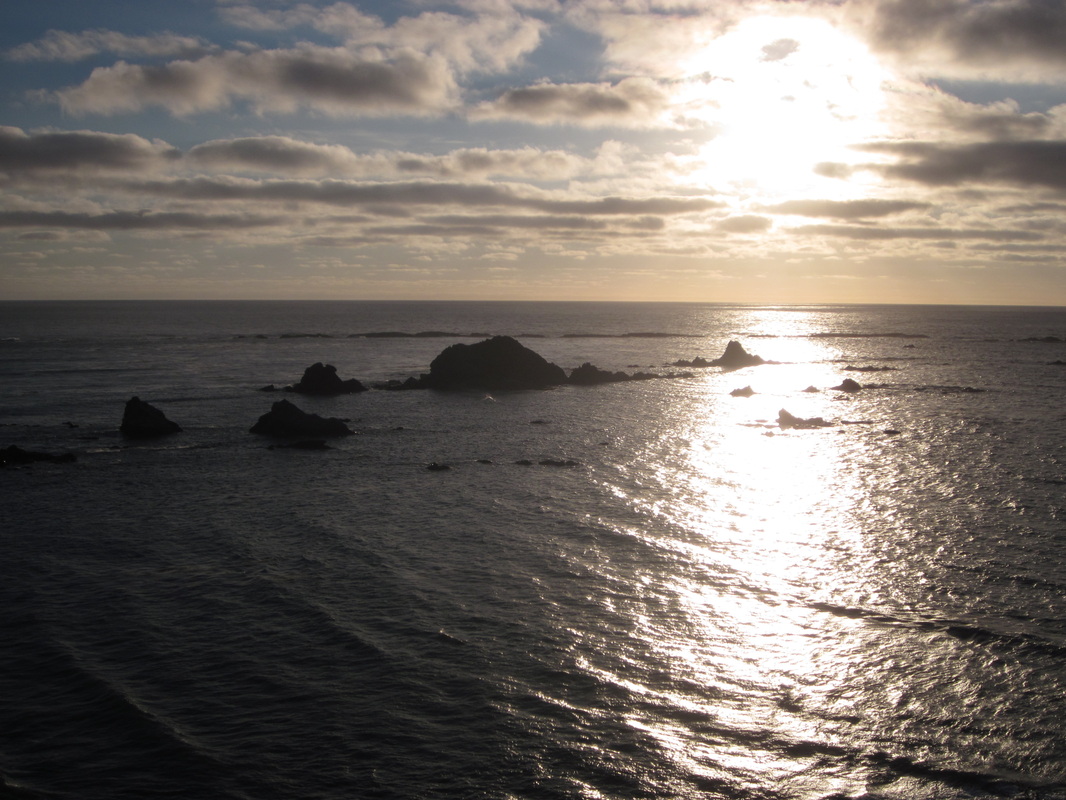 I've been dreaming of Jenna-Lee. We walk along a beach. Seagulls screech and salty waves splash foam. I nuzzle into her lilac-scented neck and feel her soft blonde hair brush my back like butterfly wings. Then I wake and find myself more alone than before and Jenna-Lee still a whole ocean way.

I kind of forgot how much I bleed when I put my head through a window. It looked cool though. I got Kevin to take a bunch of photos. I think it should maybe be the cover of our new album. The bloody window and my head. Now I have to somehow convince Ruby that she’s wrong about the cat. It can’t be that much trouble to take him along. 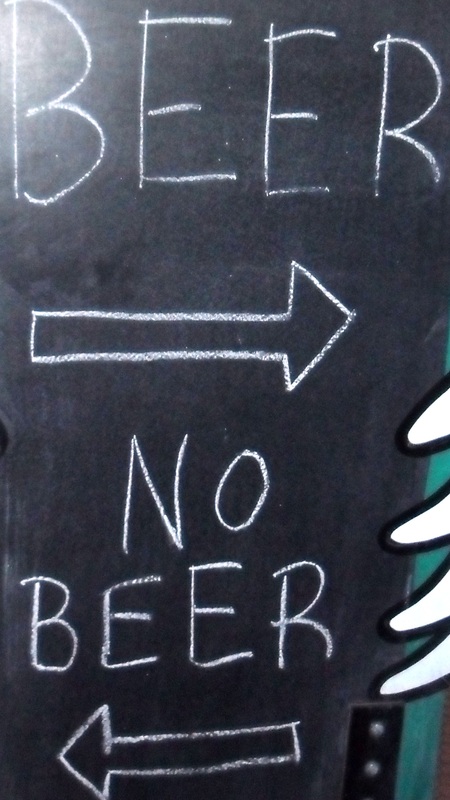 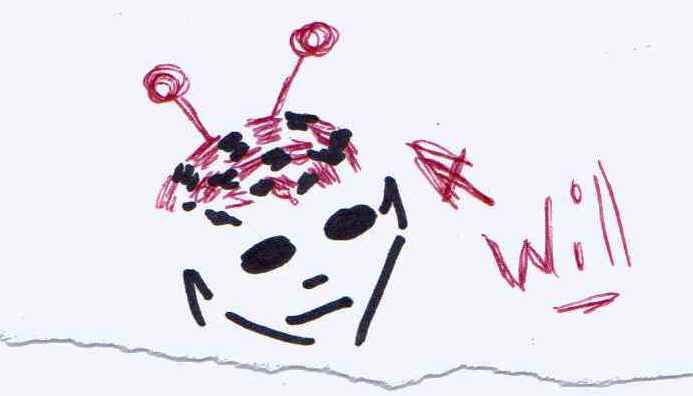 A picture I found while unpacking.

That was a crazy trip. Now I'm in a tiny apartment I’ve never seen before. All my stuff is briefly out of storage before it all goes back in again – and Kevin wonders why I don’t ever buy stuff at the garage sales he drags me to. Not that we really have time right now to troll people's used crap. IT's like suddenly Boiled Cat hit a whole new level. I feel like all I do right now is work and sleep (sometimes sleep). The only good part of my life is when Jenna-Lee calls. Luckily with Jayson’s backwards schedule we're kind of in the same time zone. God I miss her. What the hell am I going to do when I have to leave the U.K. without her? 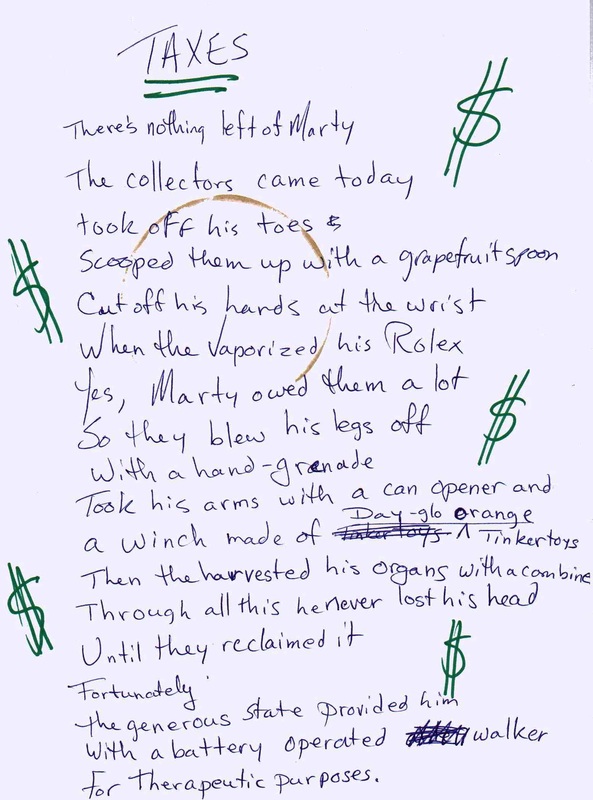 Kevin and I were screwing around on a break - and yeah, he still can't write songs, but this is pretty funny.

Back home with Mommy and Daddy. They might be trying to not treat me like I’m five, but Dad is really backsliding. He keeps trying to get me to look for an opening in a symphony for a violinist. I don’t care! Boiled cat is recording its fourth album. We're about to go on a world tour. Get the message man! And Paris is still screwing with me. I punched him the head because of it and now I have a black eye. He was laughing the whole time he was hitting me too. And, just to make things really confusing - he said I should move in with him and Will on that commune of theirs. The only trouble is, I don't speak French and I don’t really want to. But Paris is right about one thing, I've got to get away from home. Move in with Thrash and Ruby maybe. Or get a place of my own. Just get away. I need to build a studio too, so I don't even have to deal with my dad at all. 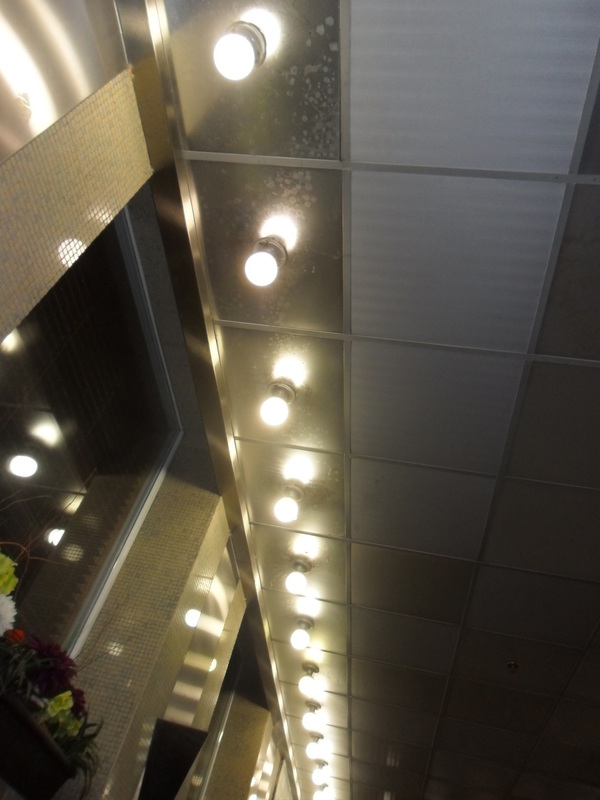 I can see Jayson doing this for his little girl one day. 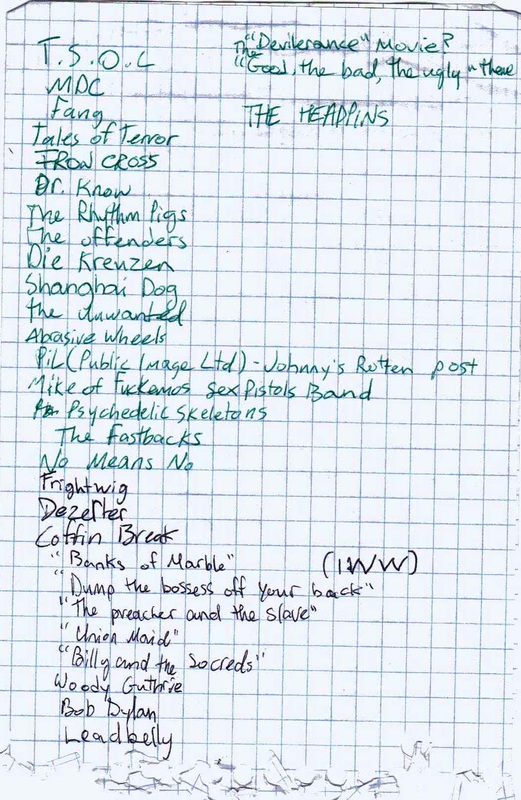 Why Jayson is really coming on tour

Screaming baby. Screaming wife. I want to stay but, crap, the band isn’t as loud as those two. And now I can't spend money on guitars. It all has to go into saving for a house for Lenny, university for the kid, groceries for the table. It's like my wallet is being raped. It's like my freedom is gone. I'm twenty-one and my life is over. Still, the kid is cute. Lenny is beautiful. I'm going to miss them both like crazy when I hit the road. I hope this all works out. It's gotta work out. Yeah, I'll make it work, somehow.

An Interview with Thrash

When you are home alone do you still close the door when you shower? Close it, lock it, and activate laser beams around it. People come over all the time and nobody knocks.

Why do you live in such a small apartment: Because i'm never home. All my stuff goes into storage when I'm on the road. When I get back - we rent a new shoebox for eating and sleeping.

If KEvin's dad owns the recording studio - why can't you use it for free? Kevin's dad wants Kevin to know the value of hard work or something. Not sure. Don't care.

Do you have plans for today? Probably, but who knows what they are.

What was on your mind most today? Jenna-Lee.

Do you talk about your feelings or hide them? Shut up!

What instant messaging service do you use? Huh?

How long does it take for you to fall asleep at night? What is this thing you call sleep?

Do you have any siblings? Do you get along? No and no.

Honestly, if you could go back 8 months and change something, would you? Yeah, I wouldn't go to Calgary. Hang on, was that eight months ago? I don’t even know.

Do you know what you’re wearing tomorrow? Clothes. I’m opposed to going out naked. 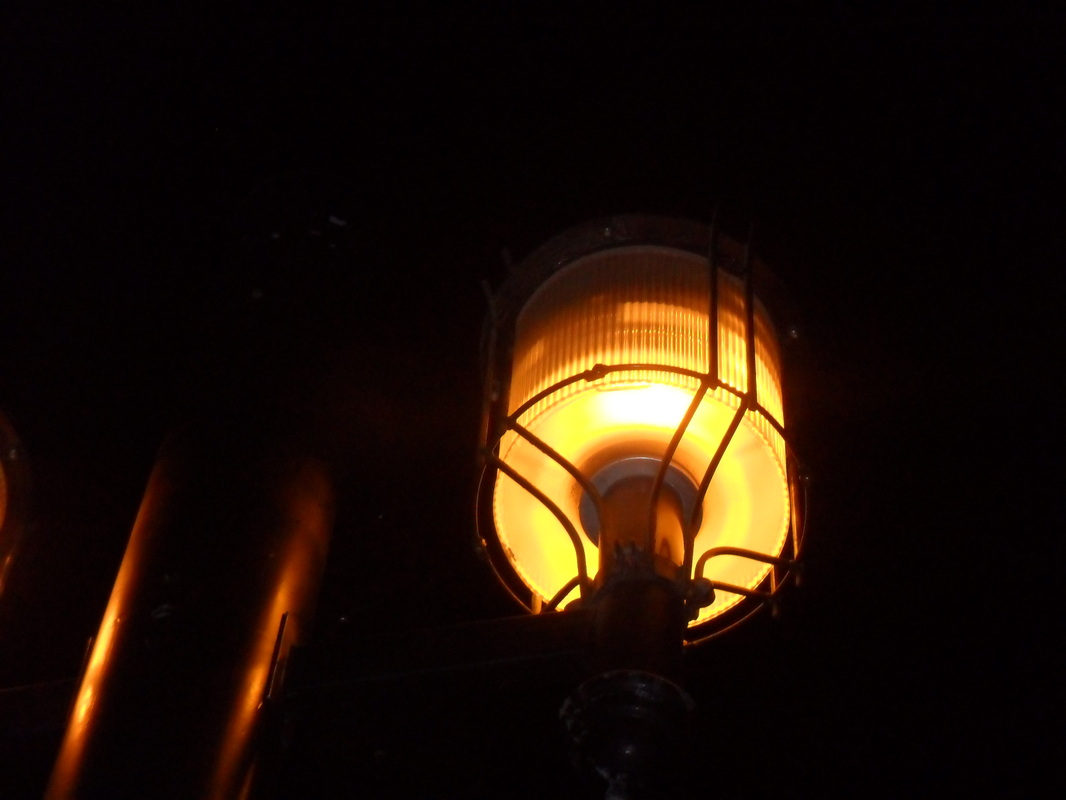 I’ve never seen a dog so happy. Man that pup of mine spun himself dizzy when I got back from the tour. Now he’s flopped at my feet enjoying the few minutes I’m home. Paris was right – I can’t find my way around the house. Now There's a staircase that goes nowhere. The bathroom is down a brand new hall and there's a room built like a snail's shell that you can supposedly hear the ocean in. What is with Nathalie and construction? I’m looking forward to going on tour again just to get away from the constant Ka-Chunk of the nail gun. And now Paris has Nathalie working on something new. I'm Not even sure what it is. He says It's a surprise.
DO NOT PUSH

The Real difference between cats and dogs 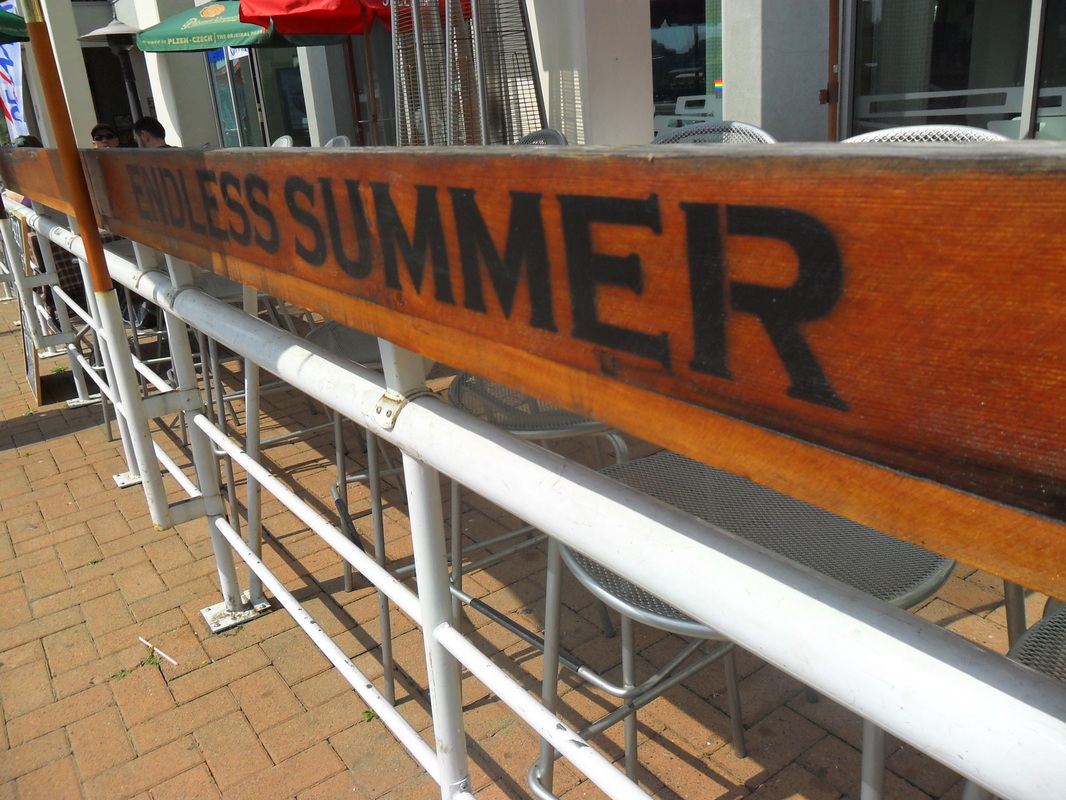 This will be the last album we make at Naked Light Studios. The last time we
have to work weird hours. And Nathalie has guaranteed that this project will be done before we take off for Europe. 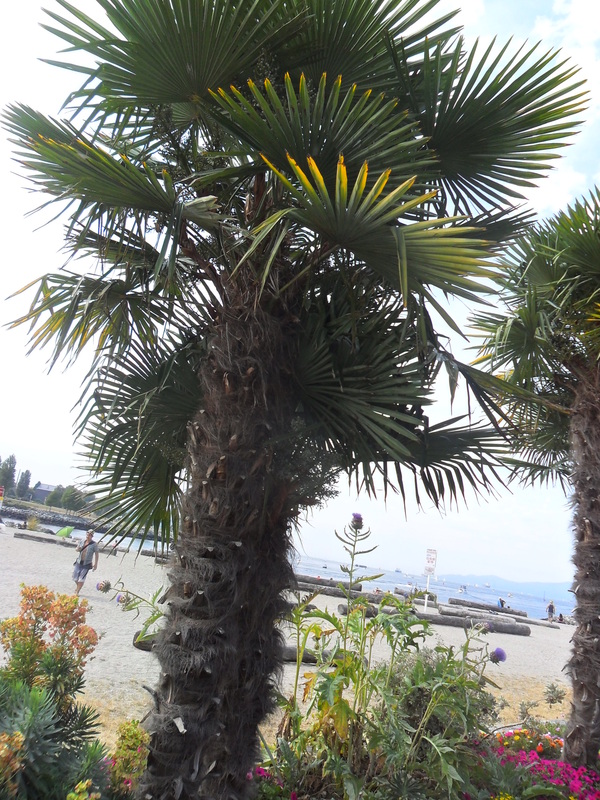 Yeah we have palm trees in Vancouver too.

Paris built us a studio! Our own studio! I can't believe it! We're going to have a Boiled Cat studio just for our own stuff. Using it on our own schedule. I'm so excited. Paris rocks! 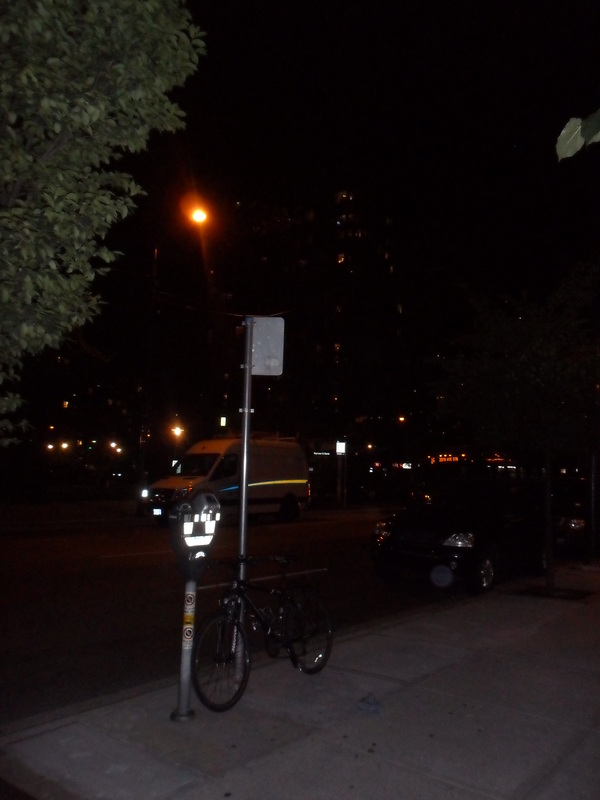 Jenna-Lee. Three days away. I’m packed. Ready to go. Can’t stop my heart from beating a hole in my chest. Why does one second take so long to tick by? Three days is going to Be an eternity.

WHAT'S THE MAGIC FORMULA FOR SUCCESS?

Paris: Magic formula? There isn’t one.
Will: Get your lead singer and guitarist kidnapped by craze-bots and think that they’re dead for two days. You should do the trick.
Thrash: Yeah, I don’t recommend that method.
Kevin: Me either.
Jayson: Just have really solid musicians and play lots.
Thrash: That’s your formula?
Jayson: Yeah.
Thrash: That’s why we go over each song like a hundred and eleven
times?
Jayson: Even that’s probably not enough.
Thrash: Do you realize how sore my throat is?
Kevin: Your throat? My fingers.
Paris: You guys are so whiny.
Will: Says the guy who stormed out of the studio yesterday.
Paris: There was nothing wrong with the take. I didn't see why we needed to do another one.
Jayson: There was a lag on one beat.
Paris: There wasn't!
Jayson: Everyone heard it.
Paris: You're nuts.
Kevin: I heard it.
Paris: Shut up!
Kevin: Make me, big man!
Paris: I liked you better when you kept your mouth closed.
Kevin: Hey, you created this.
Will: Coming back to bite you in the ass.
Paris: Are we done?
Thrash: No. We're just beginning. Things are going to get really big.
Jayson: Yes they are.
Buy the Book