Pajamas, coffee, and a good book 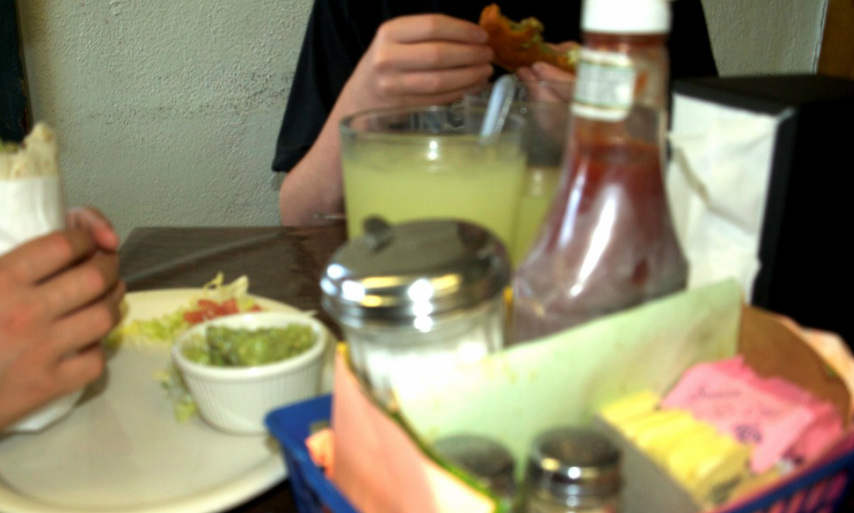 Hanging out on Boxing Day - shooting the breeze and playing some tunes.

Back in Black on Violin! 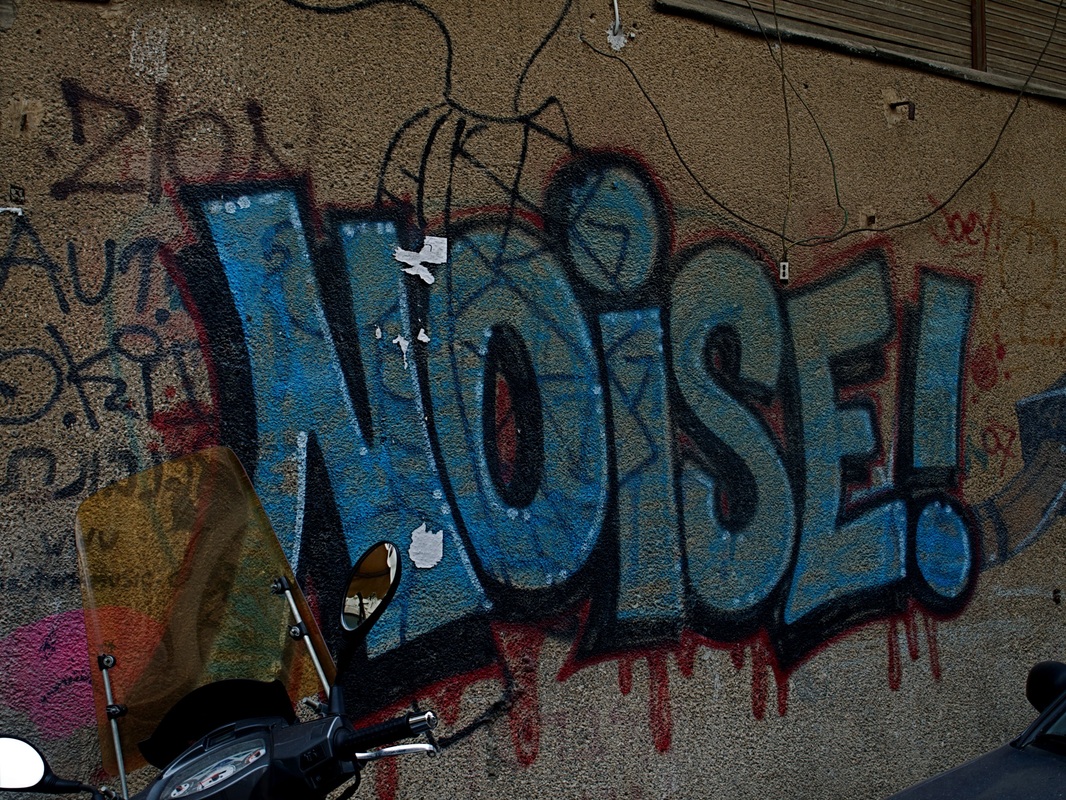 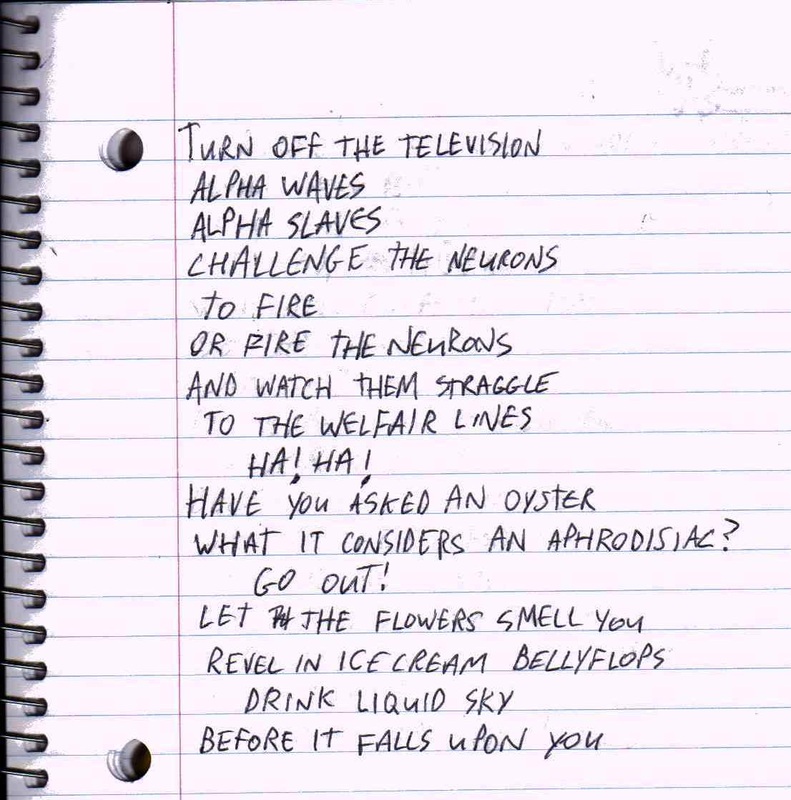 Evidently I can't write songs either . . . 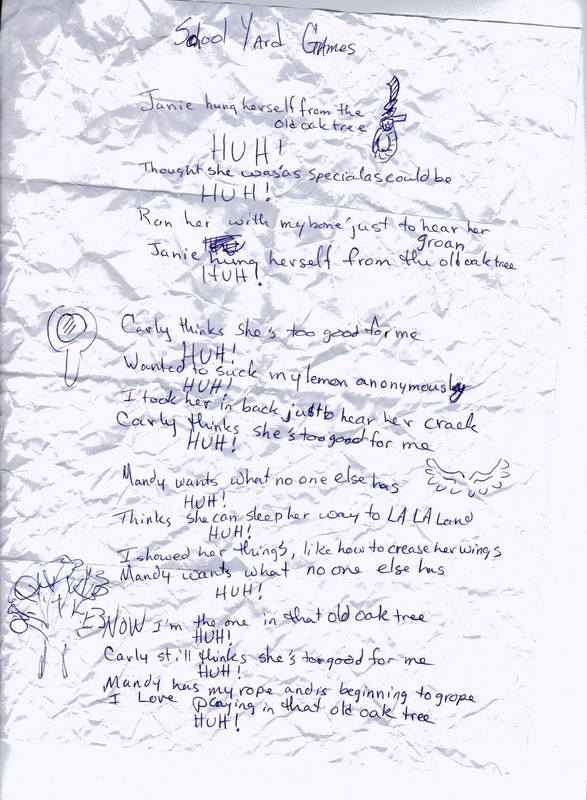 A terrible song
And yet Kevin's friend Jessie Tollestrup can make it sound so, so good. But Kevin has gotta stop shopping out my songs. Seriously, I put it in the garbage for a reason! 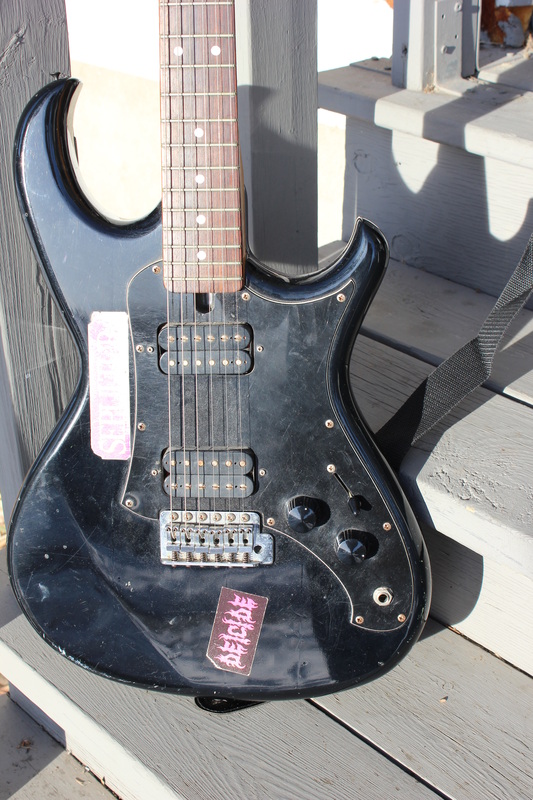 I got my guitar about a year ago. Kevin and I were out driving. He wanted to hit some garage sales in hopes of finding the perfect vinyl record. Some kind of awesome lost treasure. You know, obscure band who made it big in the underground – record not yet opened. Me, I prefer audio files. Kevin, he’s all about the vinyl. Says it has a richer sound or something. Weirdo. Anyway, we were at one of these garage sales when I saw this totally beat up guitar. It had a few heavy metal stickers on it and some of the paint was chipped off. It looked like it had been through some rough times. I loved it. So I haggled with the owner and got it for $50.00. Kevin thought I was nuts. I mean, I didn’t even play guitar back then. Not at all. And the thing looked like crap. But it called to me and I wanted it. I love it. it won’t stay in tune for more than five minutes no matter what I do. At least Jayson gets where I’m coming from even if Kevin doesn’t. Not that it matters. I don’t get his vinyl obsession either. 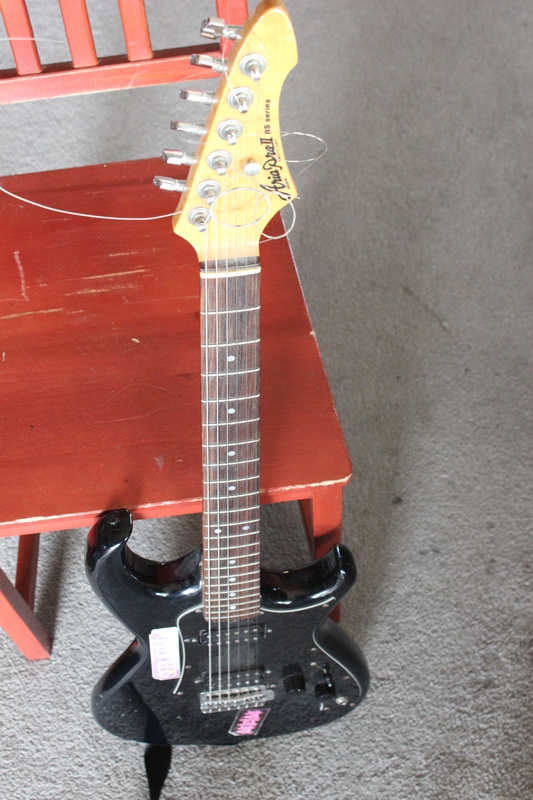 This land is Your Land (sing along)

WHat paris did yesterday

So, according to kevin, Paris almost got into a fist fight with this old guy at the soup kitchen while he was serving christmas dinner. I guess he was chanting Die For The Government by Anti-flag under his breath. This is Not unusual. He's either keeping a beat, muttering lyrics, or reciting some manifesto most of the time. But the old guy, who was a veteran, took exception and threatened to beat the crap out of Paris. The soup kitchen ladies were horrified. I mean, they figured Boiled Cat would bring trouble anyways, being punks and all, but when paris almost gets into a fist fight over the mashed potatoes, things were looking a bit grim. Luckily, Paris took it outside right away. Then he dissapeared. The old guy too. Kevin said, Will got a text an hour later. Paris was drinking it up with the guy at a bar a little ways away. Somehow, paris always comes out golden. Kevin was pissed off though. Paris arranged the whole thing and worked for a whole fifteen minutes before he screwed off. Me and Jayson didn't even show up. And the two members of the band who don't eat meat were stuck handing out turkey. Maybe that was Paris' plan all along. Hmmm...
DO NOT PUSH 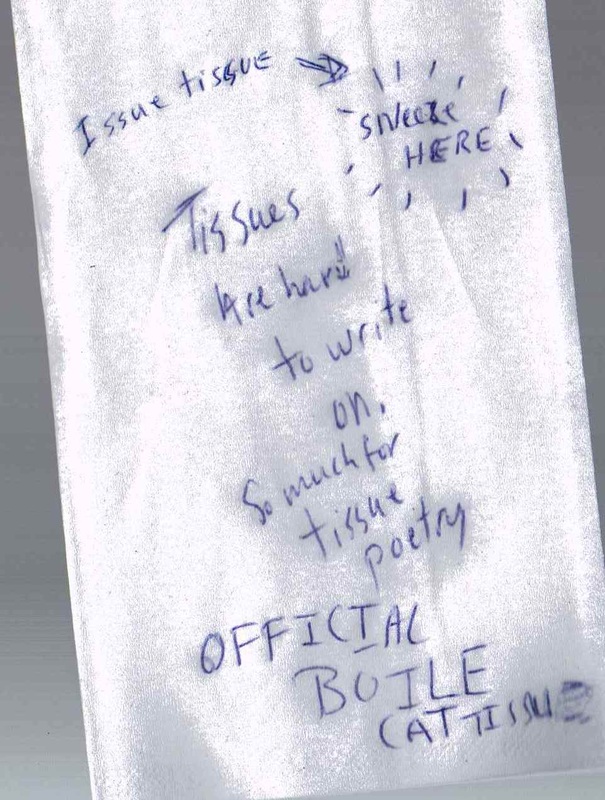 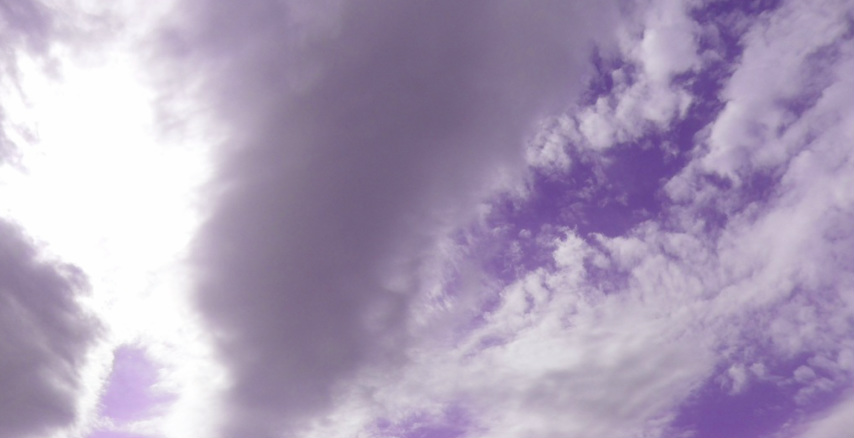 Fruit Salad
Get: Fruit
Cut up: Fruit
Put it in a bowl
Eat it.
This Isn't rocket science people - it's fruit salad!

Don't do it man! * From Kevin and Will

Other Than Zeppelin, Do any of you have any pets?

Will: I have a dog at home – which is where Zeppelin should have stayed too.
Paris: *RAISES FIST* Say it again!
Will: Zeppelin – should – have – stayed – home.

Kevin: I have a tarantula called Jeff and a corn snake called cauliflower. Well, I had them but I gave them up before we left for the tour.
Jayson: You did? Why?
Kevin: My parents weren’t into feeding the pets while I was gone.
Thrash: That sucks. You should have brought them with you.

Will: No, he shouldn’t have!
Jayson: Yeah, really. No.

Paris: Come back here you checkerboard-headed freak!
Kevin: It’s all right. This guy I know has a bunch of arachnids and reptiles and stuff. He was pretty happy to add to his collection.
Jayson: I have two cats and Lenora has a guinea pig named Mike.
Thrash: Aren’t your cats called Treble and Bass?
Jayson: Yup! The white one is Treble and the black one is Bass.
Thrash: So why didn’t they come on tour?

Will: Because Jayson is sane!
Paris: You’re dead!

Jayson: My cats hate traveling. Just taking them to the vet makes them both barf.
Kevin: Hey, I just realized something.
Thrash: What?
Kevin: Thrash, You’re the only one of us who doesn’t have a pet.
Thrash: I live in a no pets apartment.
Kevin: You could still have a fish.
Thrash: I hate fish.
Kevin: How about a hamster?
Jayson: They’re nocturnal.
Kevin: So is Thrash. It’s perfect.
Thrash: No.
Kevin: Rat?
Thrash: Eew!
Kevin: Spider?
Jayson: Eew!
Thrash: It’s fine. I’m good. Besides, I can hang out with Zeppie whenever I want.

Paris: See. Zeppelin is good to have on tour.
Will: *Gack!*
Buy the Book