The Highway to Los Angeles - March 3

Please don't let this ever happen to us 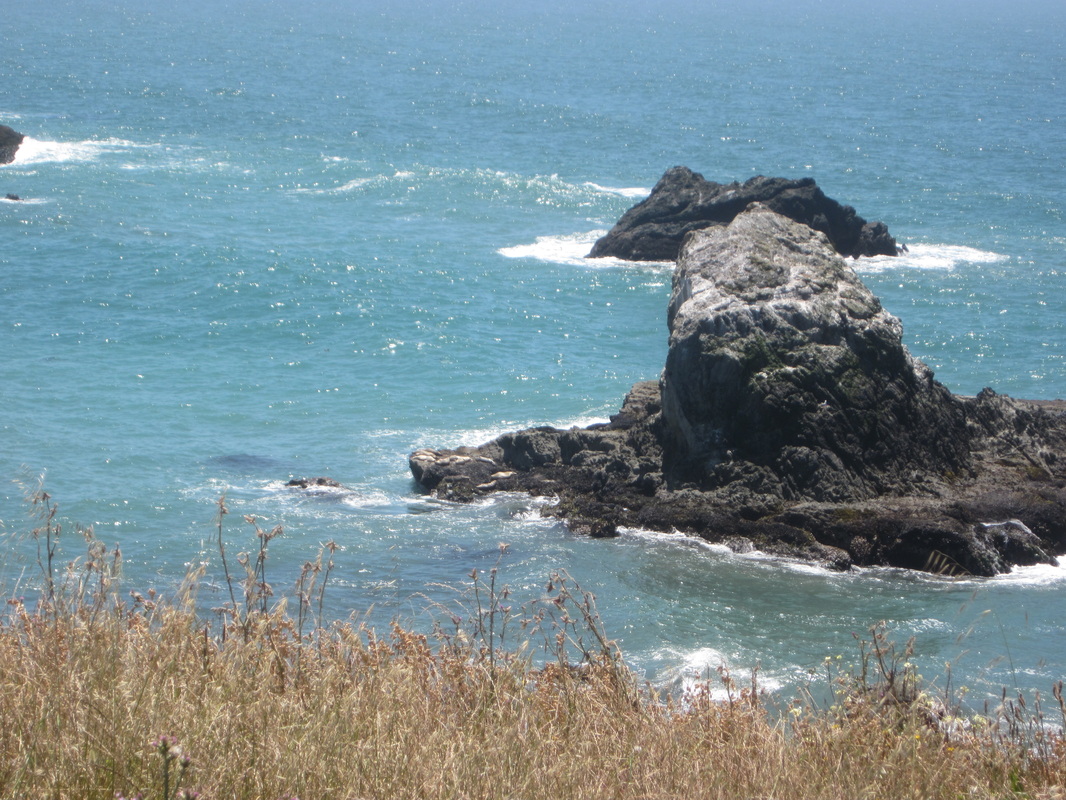 Zeppie is glad Paris is into music not science.

It's a lot more lumpy than I thought it would be.

Jayson answers - Have you ever:

Taken a picture naked? No.I don't want to frighten anyone.

Made out with a member of the same sex? No. I have nothing against that, but it's not for me.

Driven a car? I know how to drive. I can drive. I have driven. I just don't own a car. I put all my money into guitars. I borrow my girlfriend's car instead when I need to go places, or get her to drive me.

Danced in front of your mirror? No. I have danced and there has been a mirror in the room, but I wasn't using it to watch myself. I don’t need that kind of audience. I prefer the screaming, bleeding, fist pumping kind.

Had a crush? Yeah, Lenny (aka my girlfriend). I still have a crush on her.

Been dumped? Yes, By a girl in my grade five class. I was So heartbroken at the time. Mind you, we were the only two students in grade five. It was a small school – 12 students in total, not a lot of dating opportunities.

Stole money from a friend? No. I'm a good guy.

Gotten in A car with people you didn't know? Yeah, once. The guy was nuts and high. I bailed as soon as we hit a red light. It looked like something out of a movie. The guy cursing and yelling and me bolting down the street. Crazy.

Been in a fist fight? It's what a lot of early Boiled Cat shows ended up in - so yeah. Though Paris has been in more fights than me.

Had feelings for someone who didn’t have them back? Not as far as I know.

Had feelings for a friend? Yeah, Lenny. We were friends before we hooked up. I met her at a gig her sister dragged her to. She hung around after that and we started going out for coffee and stuff. Things went from there.

Made out with a stranger? Yuck. No. That's more Kevin's area anyway.

Met up with a member of the opposite sex somewhere? All the time. Ask Lenny. She'll tell you it's more fun that way.

Had a crush on your neighbor? When I was a kid my neighbour was this old toothless guy who was handy with a guitar. I might have had a crush on his playing ability. But that's it. Right now my neighbor is a fifty-year-old cougar who wears moo moos - so no.

Ditched school to do something more fun? Constantly.

Slept (not had sex) in a bed with a member of the same sex? More times than I can count. It's the only way to save money on tour when you're starting out. Now I get my own room.

Kissed a picture? Every morning.

Miss someone right now? Are you kidding?

Laid on your back and watched cloud shapes go by? While playing them a tune. They all look like Lenny. 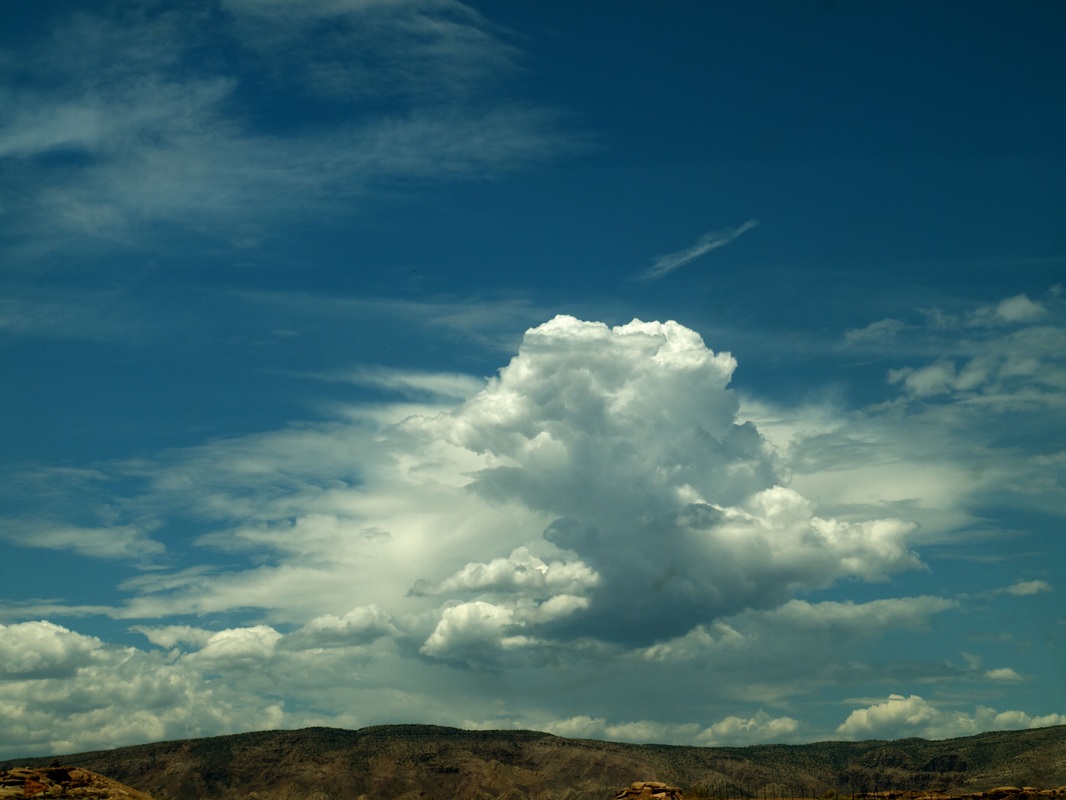 Actually Lenny isn't quite that lumpy. 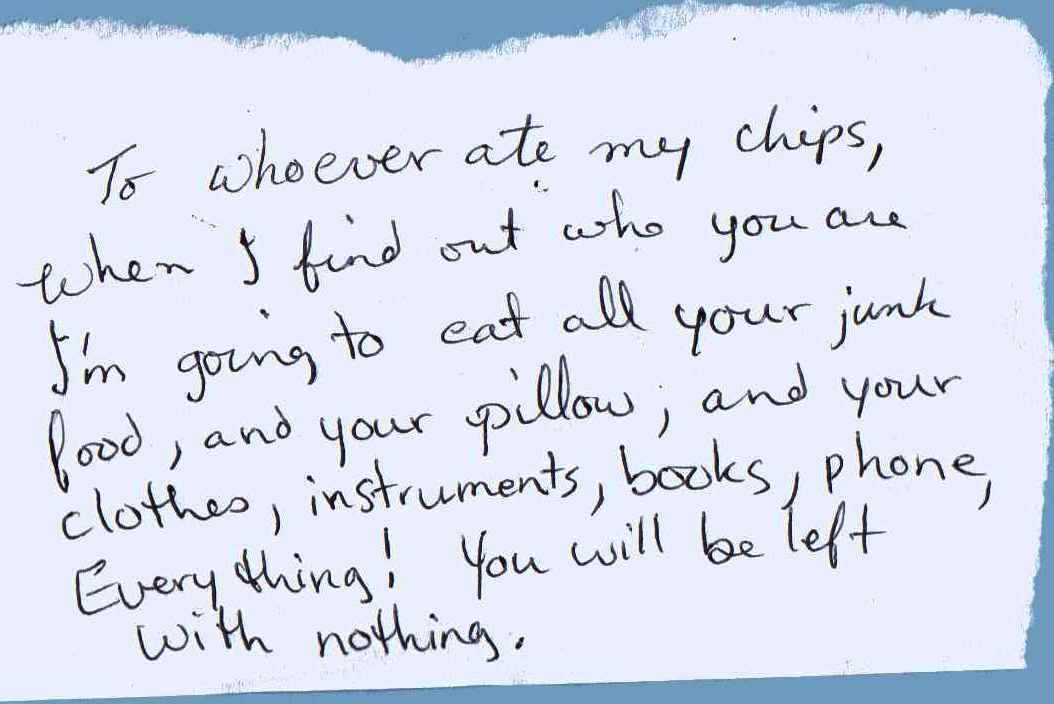 Will is pretty pumped about skating in California.

Most people don’t know this about Will, but he’s a pretty decent skateboarder. Before he moved out to the farm with Paris, it was his main method of transportation. I guess he got tons of tickets for hanging off of the back of busses and cars to get up hills and stuff. I think that’s why he originally got a dog – so he could stop using vehicles to help pull him. Will could easily have been one of those punk rock kids curled up in the corner of a store entrance with one arm around his skate board and the other around his dog if it weren’t for his ability to charm any woman he laid eyes on. He always seems to have a girl on the go. I think that’s how he got into his first band and ended up with a place to stay after he left home.

How to make a yin drink – by Thrash

Take lawn clippings, pond scum, weeds from a graveyard or a ditch, old hiking socks, and compost drippings. Squeeze the crap out of everything, then add some rain water from a barrel out in the back of a seniors centre or highway culvert pipes. Put the resulting green goo into a fancy bottle. Slap an organic sticker on it. Then sell it at a ridiculous price so only yuppies, hipsters, and Will would be interested in buying it. 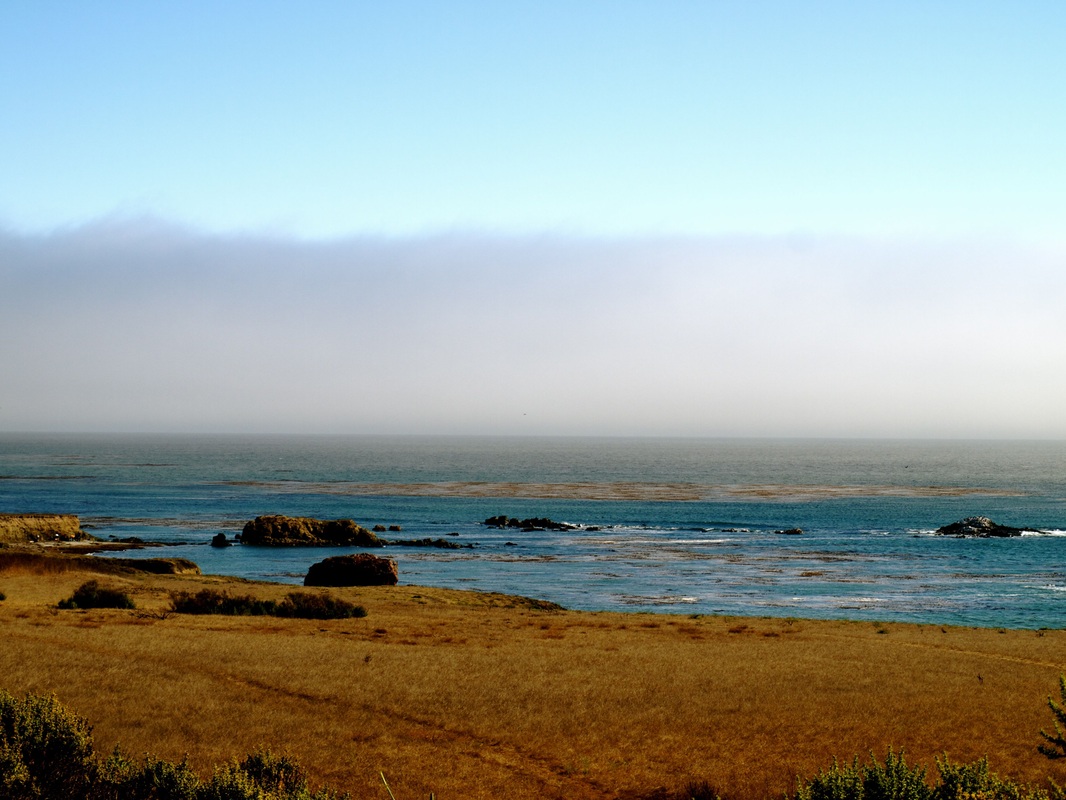 I’m not sure this girl is getting me. She's so vacant. Like a hollow wind whistling through her head. And she doesn't understand my cat. I’m not even sure she likes him. Big problem. Still, if I dump her now I'll look like a real jerk. I mean I kind of snagged her from Will. Still, I don’t know how much vapidness I can take. We’ll see how things turn out in LA. 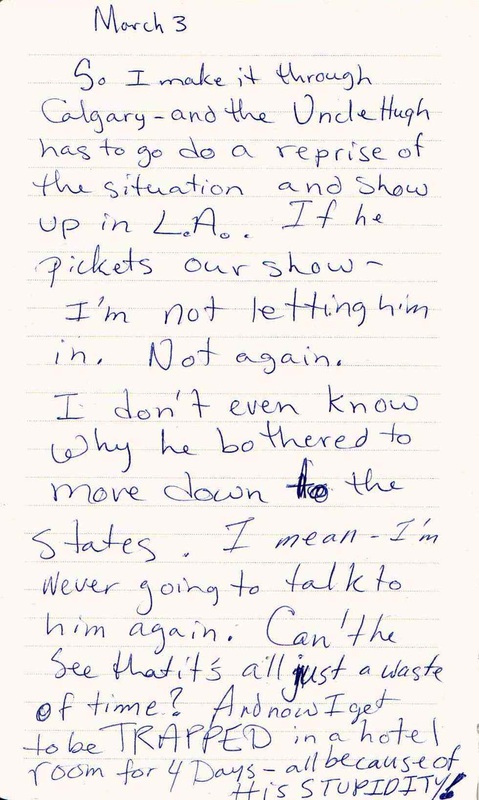 I like this breakfast after it’s been raining all night and there’s a chill in the air. I find it wakes me up and gives me the energy I need to get going.

GET: spinach (washed with the stems ripped off – or just buy a ready to go bag if you’re lazy), semi-firm tofu, red bell pepper, Hot pepper flakes, tomato, salt, pepper, garlic, onion, oil of some kind, and whatever else you like (I sometimes throw in nutritional yeast flakes – but it’s up to you).

MAKE: put about a tablespoon of oil in a frying pan, throw in your diced onions and crushed up garlic and fry on low heat. Squeeze the extra water
out of your tofu, chop it up, and throw it in the pan with the onions and garlic. Once that is warm and good looking, add all your spices and the other chopped vegetables. Fry them to a consistency you like. Add your spinach. Don’t worry if it is overflowing from the frying pan – it will wilt down. When the spinach has just gone wilty, dump the whole thing out on a plate. Make some toast if you want and eat your breakfast. It will put a spring in your step. 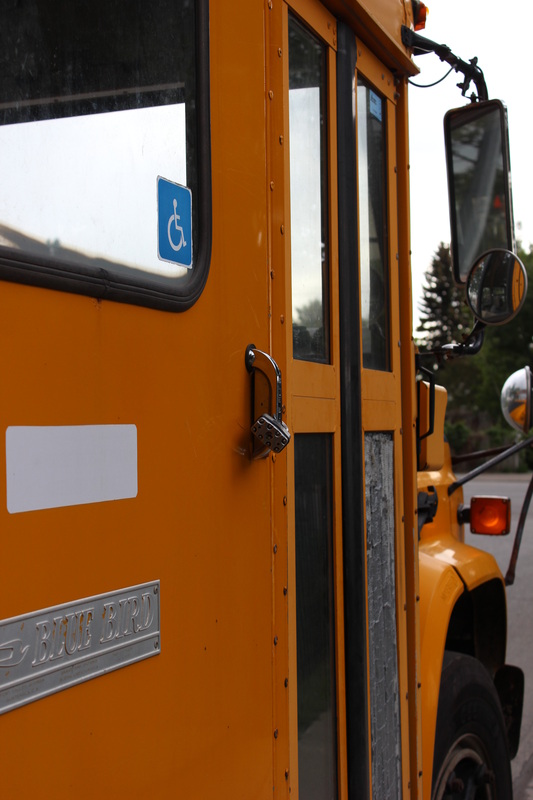 Stuck on a bus

I could have gone for a walk with Kevin and Paris. I mean, a beach would have been awesome I guess. But really, I was just hoping the bus would be fixed fast and we could get on our way so I could see Jenna-Lee. I didn't want to waste a minute waiting for Jayson and Eddie to track me down. Maybe Eddie needs some help . . . I should go and see. 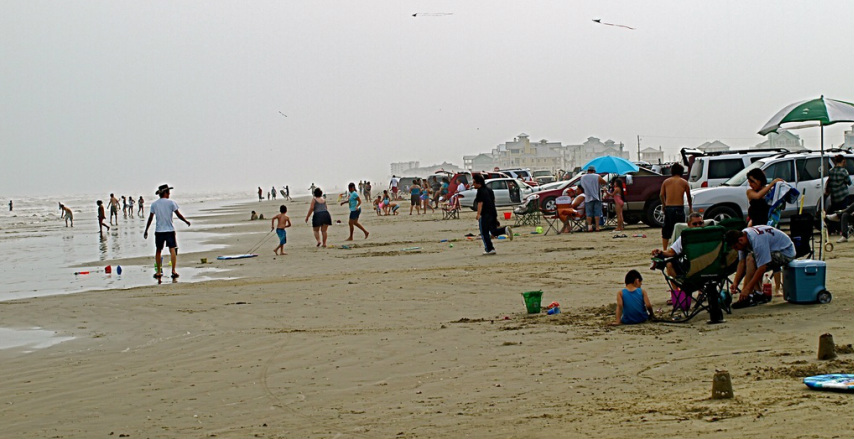 Have you ever had to cancel a show?

Will: Jayson will never cancel a show.
Paris: Never.
Thrash: He won’t even stop a show. Not if I disappear into an angry crowd.
Kevin: Or if I storm off stage.
Paris: Or if I’m dying.
Will: Yeah you were pretty sick that one time.
Paris: Pretty sick? I had double pneumonia or something. I couldn’t breathe.
Jayson: The show must go on. Besides I got you meds.
Paris: Yeah, meds. Sure.
Will: Jayson stole Lenny’s cousin Phil’s asthma inhaler. That’s what he gave Paris.
Paris: And I wasn’t going to use it except by song two I was turning blue and Jayson’s already heading into the next tune.
Thrash: So Paris takes this big huff of this stuff.
Paris: More like two or three. I felt kind of buzzed. But it worked a bit.
Will: When we hit intermission, Paris didn’t even get up. He just lay over his drums like a rag doll.
Kevin: He looked pretty messed up.
Will: I’m like, "Crap, Jayson, I think we need to take him to the hospital."
Kevin: And Jayson says, "Where do you think I got him from?"
Thrash: Yeah, Paris had gone to the hospital because he felt so terrible and they actually admitted them. Jayson found out where he was and went
and got him. He grabbed a wheelchair from the hospital hallway and basically kidnapped Paris.
Jayson: Drumming's a sit down job. I figured he’d be fine.
Paris: You really don't know anything about what I do, do you?
Jayson: I play guitar.
Kevin: Paris didn’t move the entire intermission. Just stayed at his drums.
Will: So Paris catches his breath during the intermission. Coughs up a bit of blood. Drinks a ton of water. Then we’re back on for set two.
Thrash: I tried to rip through the second set as fast as I could. I was
hoping we could get through it before Paris passed out.
Will: Of course the accelerated speed didn't help.
Paris: Not much. No.
Kevin: There wasn't an encore that night.
Paris: I literally passed out at the end of the last song. I didn't come too until I was back at the hospital.
Will: Jayson threw Paris back into the wheelchair he stole and took him back once the show was over.
Paris: I had to go through the whole admissions thing again. It was a pain.
Jayson: You weren't that bad. We did another gig three days later and
you were fine.
Paris: Fine? Really?
Jayson: Seemed all right to me.
Paris: Yeah, I don’t know about you sometimes.
Buy the Book