Cure for a candy hangover 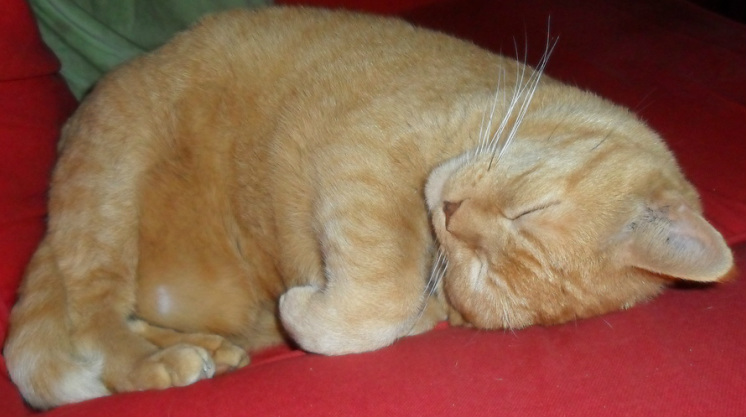 Zeppie figures if he looks ultra cute he won't have to go in his cat carrier. 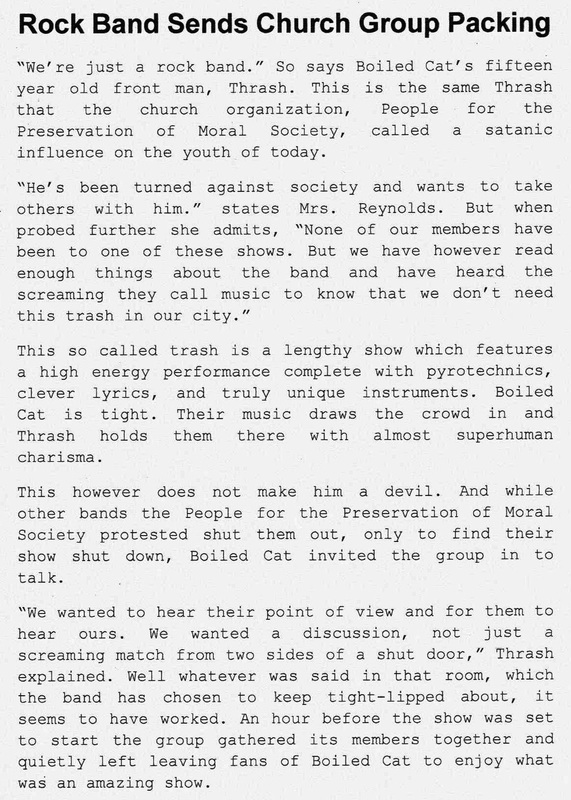 Brown Suit Man
Your country doctor chic
Is unwelcome in my city.
You are a paperback
left in a humid bathroom
on the back of the toilet
dog eared, pages folded
and yellowed with neglect

Brown Suit Man
You are a second-rate shade
Best left to farm yards.
mixed with soggy hay,
Hardened into fetid hair,
crusted between animal legs,
And stuck to rubber boots
to be wiped away.

How Paris would like to discuss things with the man in the brown suit. 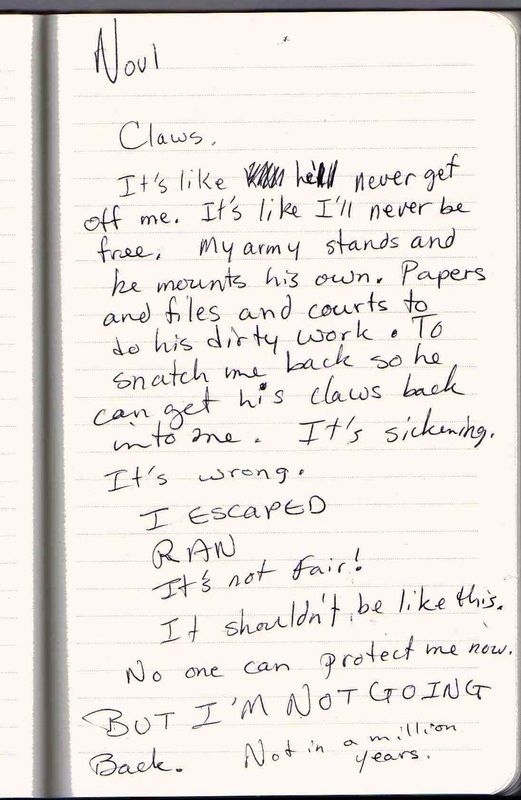 Kevin helps distract me from Math while we're on the tour bus. Here are some band names we came up with, plus a few really random notes. It's way more fun than what I'm supposed to be doing. Thanks Kevin! 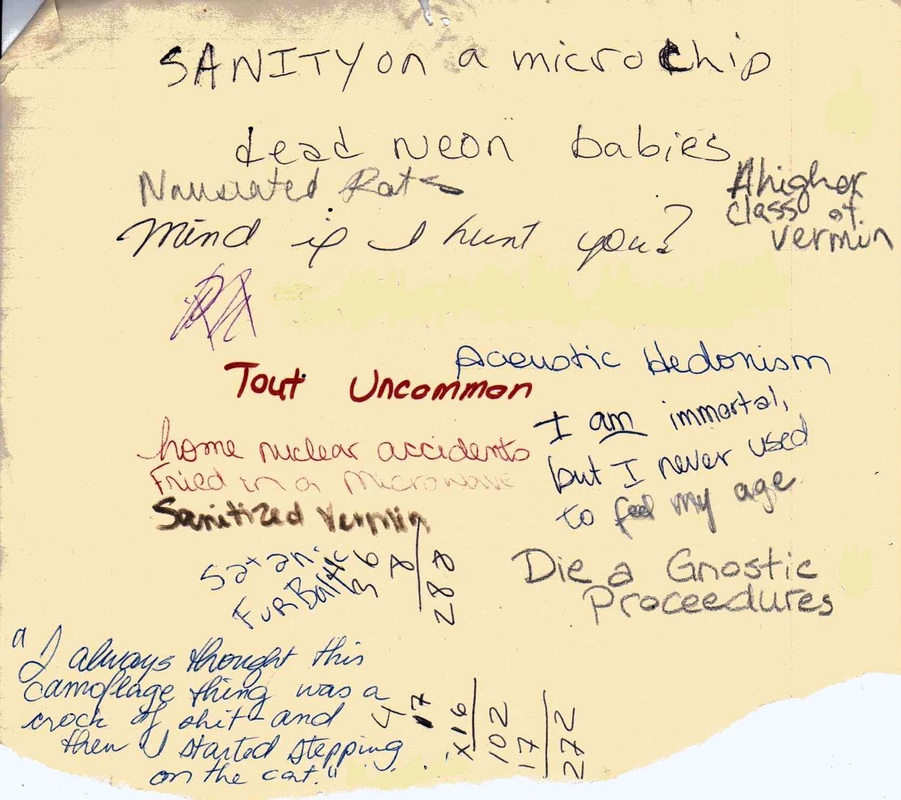 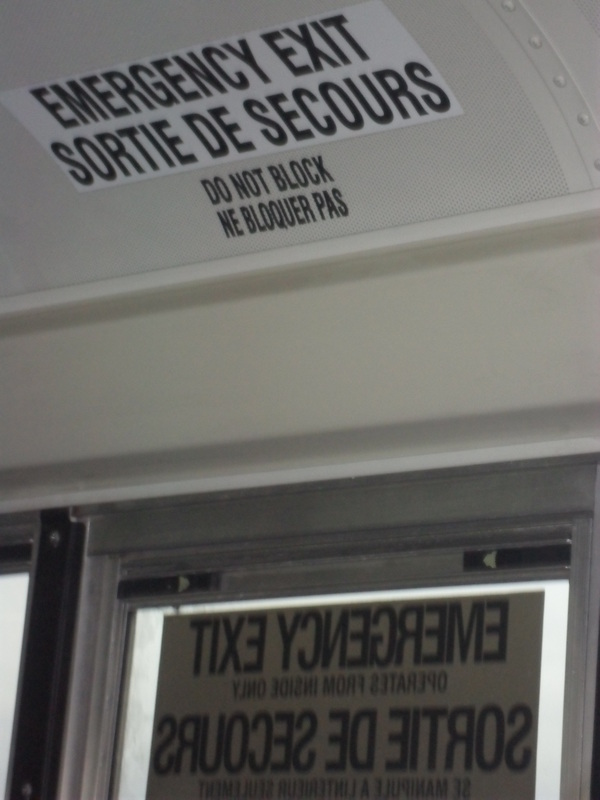 I've seriously considered jumping out this window on a number of occasions. I think everyone has.

Even more Distraction
- yeah, no math is going to get done today. 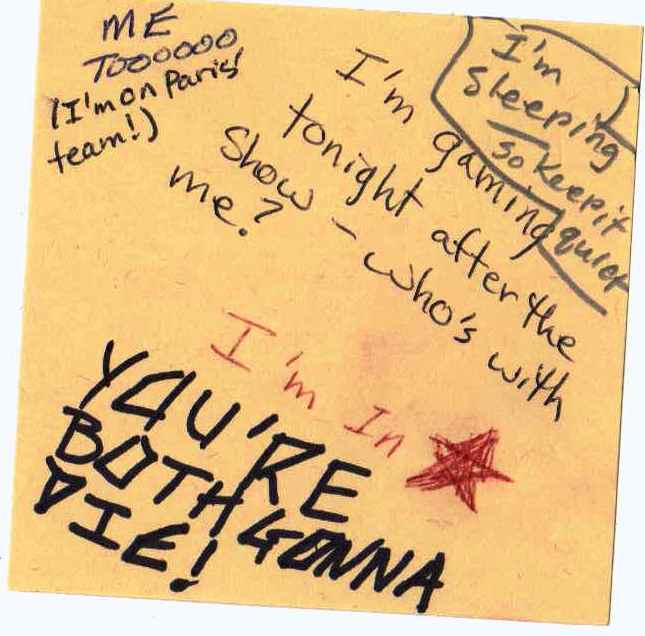 What do you have to have in the dressing room?

Paris: My couch.
Jayson: We can't always have the couch.
Paris: I need my couch.
Will: Paris has this red Ikea couch that always comes with us on tour. It’s his spot. Like a traveling piece of home.
Jayson: Except when we do small clubs there just isn’t space for it in the dressing room.
Kevin: Yeah, in some places the back stage “area” is tiny. As big as a closet.
Paris: In those cases, I just go sit at the bar.
Thrash: Yeah, lucky you. If we play a club, I have to sit in those rooms before and after the gig and drink coke. So lame.
Kevin: Tell me about it. At least you have me to hang out with most of the time. I had to do that by myself for years. Or even better, with Paris.
Paris: Yeah, until I got my ID . . . um . . . altered.
Kevin: I’m so glad I’m finally legal age.
Paris: you're not in the states.
Kevin: Neither are you.
Paris: That's not what my ID says.
Thrash: I still have just over three years to go.
Will: At least we were pretty much out of clubs now, Thrash.
Jayson: And all the places we’re playing up north this month are community centres or bars doing all ages nights.
Will: Sounds like you’re safe, kid.
Thrash: I’m not a kid.
Jayson: Sure you aren’t.
Buy the Book