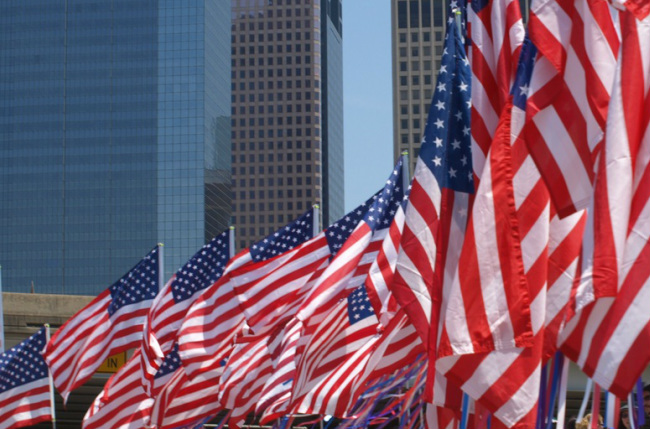 Something tells me we're in America.

Ruby wants to know why I ran away. Why I can't tell her. It’s not that simple. I can’t breathe when I think about stuff like that. I can’t focus. I don’t want to go there. I’m not trying to make her life hard - I'm trying not to destroy my own. My uncle makes my mind crumble. it’s not about being brave - it's about pure survival. 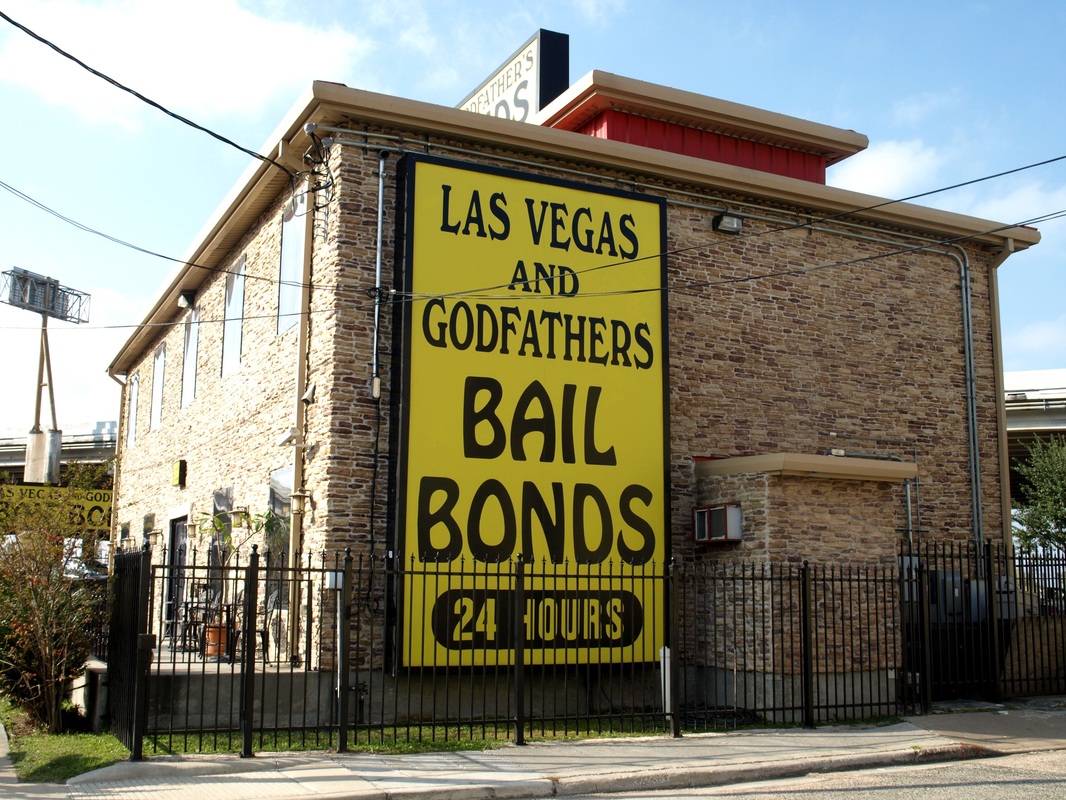 Strangly enough, this isn't in Las Vegas. So much for honesty in advertising.

How the couch ended up out the living room window:

I’ll tell you this story because my uncle wasn’t there and it’s kind of funny. The day I left home for good Uncle Hugh had locked me in my room, which was really not a big deal because I could get out through my window. After landing outside I realized I didn’t have my coat or really anything I might want to escape with – and I was locked out of the house because Aunt Lucy and Uncle Hugh had gone to church. So I grabbed one of the big stones that sat at the edge of my aunt’s flower garden and heaved it through the living room window, then climbed back inside the house. After packing up, I decided to wreck the place a bit. I wanted to make sure my uncle would never want me home again. So I smashed dishes and tipped over the refrigerator.  Plugged up the toilet and unpotted the plants. Then, so I wouldn’t have to jump onto glass, I pushed the couch out the living room window. I have to admit my heart was beating pretty hard by the end of it all. I was getting kind of worried they would come back from church early or something. Luckily I made it out and away no problem. The streets were scary that first week, but not as scary as the thought of having to face my uncle again.

If kevin had a theme song, this would
be it. 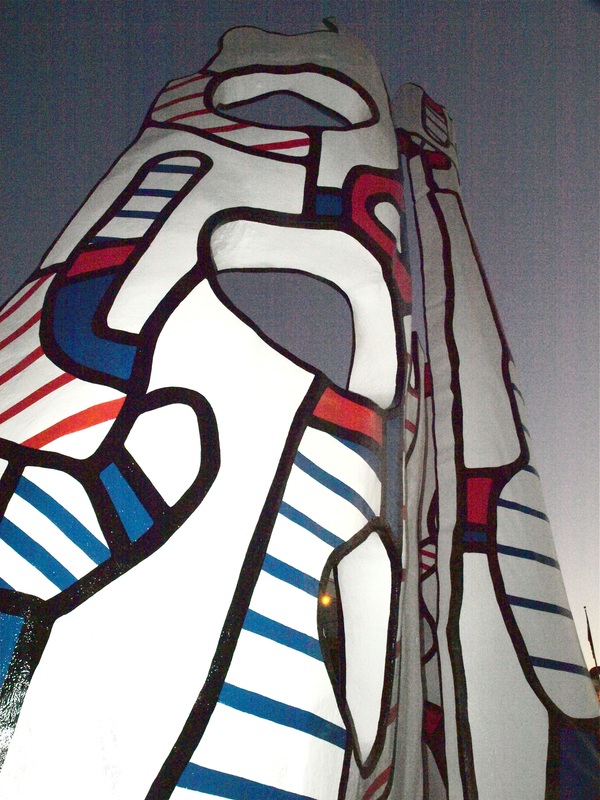 The Shiny Darks
tHE dELTA bLOCK
tHE eNERGY
tHE hATES
tHE jONX
tHE pHLEGMATICS
tHE riDE hOME
tHE sECRET pROSTITUTES
The Squishees
The Wiggins
Vatos Locos
The Abyss
Swervy and the Nutsacks
Salinger
The Satin Hooks
Skandhas
Skeleton Dick
A dream asleep
A Midnight in Chicago
Zipperneck
Zombilly
Black Box Originals
Blackmarket Syndicate
Okay - seriously, there are too many bands in Houston to list. If I didn't live in Vancouver, I'd totally move here. THe music scene is amazing! Check out more bands in all kinds of genres at Houstonbands.net

How to Liberty Spike a Mohawk 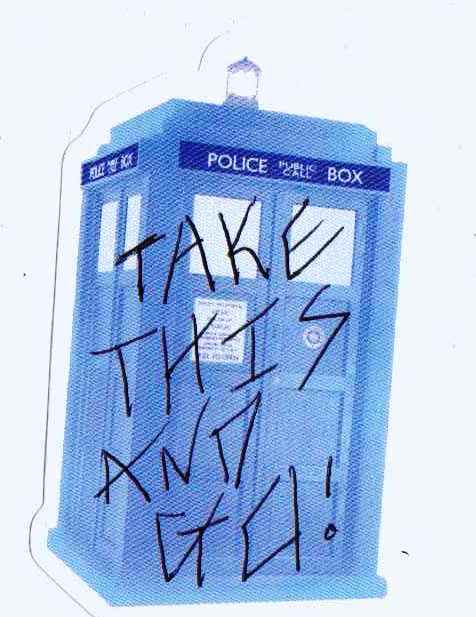 And this is what you get when you leave your sticky notes lying around, Kevin.

Will did my tarot today. I'm not that sold on the whole process. I mean how can card stock and ink tell your future or remember your past? Will has weird tarot cards too. His are called Morgan's Tarot and they don’t have the death card or anything, well, not the regular type one anyway - which I’m kind of glad about. His have other cards like "If there is a judge, you are it.", "It is not what you do that counts, it is where your head is at.", and "Let George do it." For my reading I got Slimy Glob Reigns, for my past. In significant change, for my present. And for my future I got, Drink Gold. I'm not sure what it all means but the Slimy Glob Reigns card - that’s my uncle for sure. If it was Kevin Will was reading for, he would get Drug Dragged as his present. He's such an idiot. 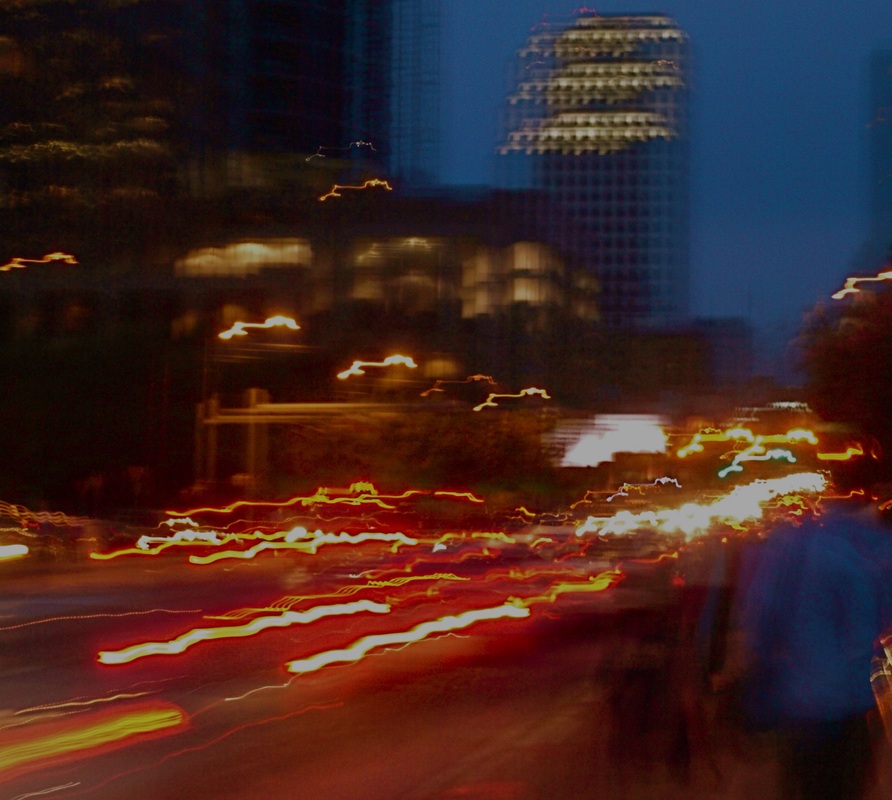 I love the city

I love the way it wafts perfume and gasoline and glows like a jewel . I love lights shimmering off the pavement, blue-jean night sky, and the huddle of black-bird umbrellas when it rains. I love spotlights bouncing off clouds and people pressed together hooting at midnight. I love echoing music rebounding from brick and concrete, newspapers that hit the street at four in the morning, and pink-gold lighting up the sky after a long night of singing. I love doorways filled with rainbow beggars, grey scowling thieves, and grinning down and outs curled up with their dogs. I love heavy exhaust, sweet with diesel, hissing busses, complaining businessmen, and cabbies conversing in words run backwards. I love the heartbeat that throbs under my boots. I love what it does to me. How it feeds me.
I love the city. 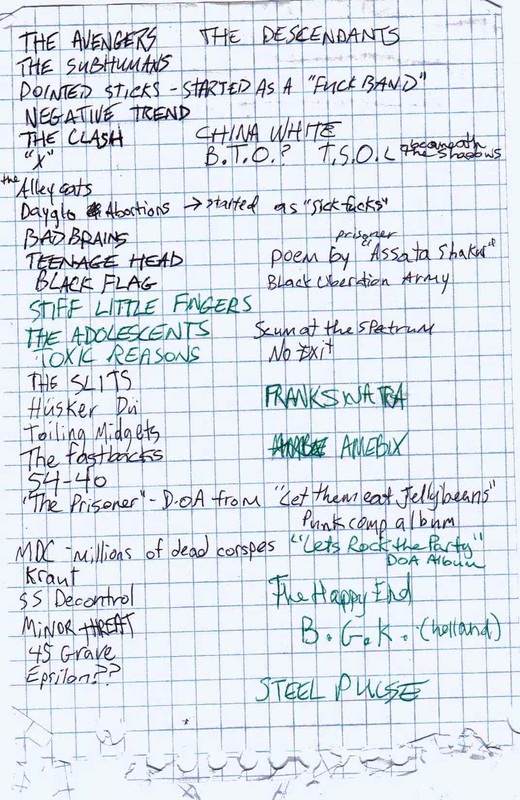 I had a dream I was in a room will a bunch of naked women who I didn’t know.
They kept touching me and holding me down even though I kept telling them, I had a girlfriend. Then I looked up and saw Sun in the doorway. She was smiling, like she set the whole thing up. I tried to go to her but the women kept me trapped. Then Paris came and took Sun away and I was stuck there with all these naked women holding me down.

Thrash has always been the band's go to guy for problems. He’s the type to listen more than talk. It's probably the reason everyone unloads on him. I don’t know if that's good for a kid who's so young. he never complains, so I guess he doesn’t mind. Anyway, I needed to tell someone. This whole thing with Sun is eating a hole in my gut.

I picked the members of Boiled Cat because they are all great at what they do. Any one of them could make it big on their own. They all could be in any kind of band from punk, to rock, to heavy metal, to jazz, and blues. They are talented.
I picked these guys because I didn’t want a little band that jammed a couple times a week and got gigs on the occasional weekend. No. This band is meant to succeed. This is what we’ve all been working towards. And that’s why I push these guys so hard. As for punk? I picked that because I like it. Simple as that. 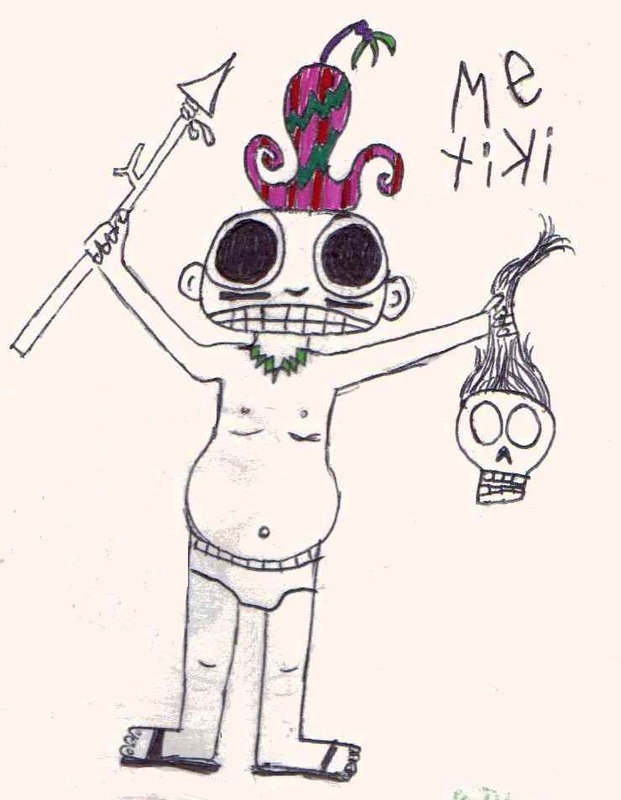 Johnny is the coolest guy ever! He can rip on the upright bass like nobody’s business. Everyone dismisses him because he’s overweight. Like the amount of mass you have makes everything else irrelevant. That’s so wrong. He loves music, vinyl records, and looking at girls. He really knows how to party. I’ve been to the best parties since he’s been around. I’m really glad Tongue The Frog started touring with us. 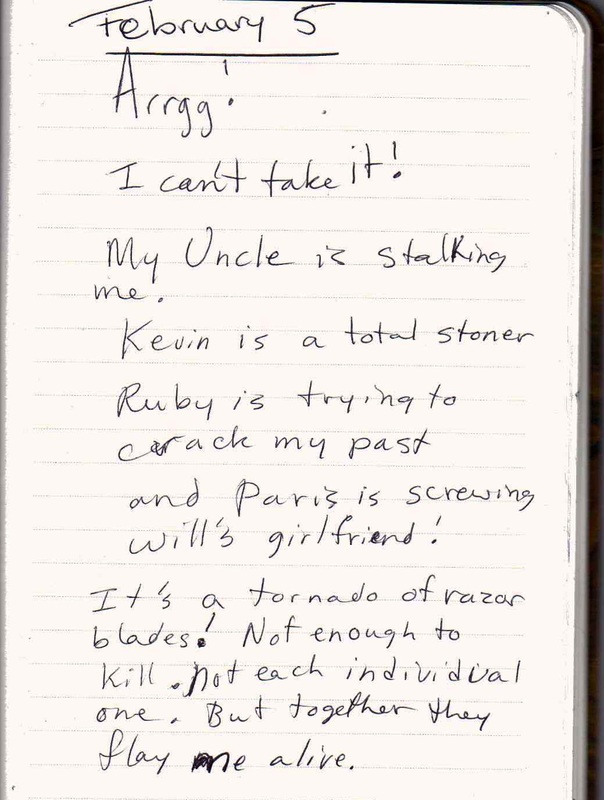 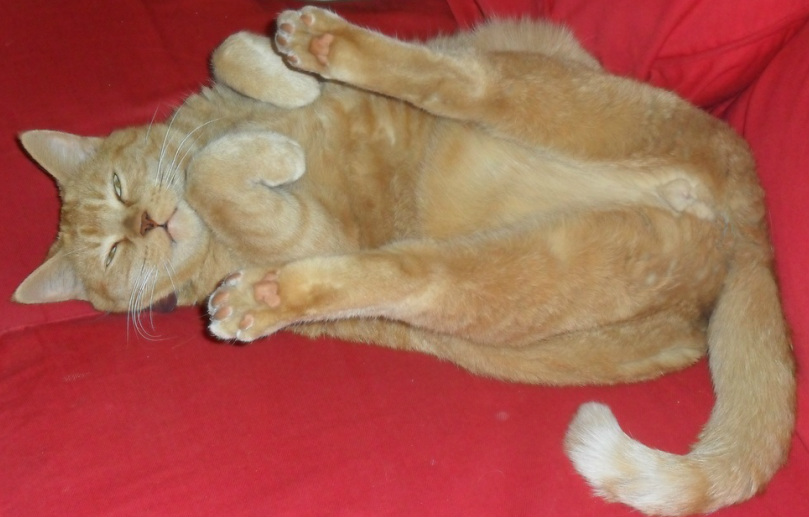 How did the band form?

Will: Jayson met Paris at the recording studio when he was there with his band Apocalyptic Blues.
Jayson: But I was feeling stifled in that band so I quit and thought I'd ask Paris if he wanted to form a punk band.
Paris: We’d been hanging out for a bit by then and he knew I was itching to get performing instead of just playing as a studio musician.
Jayson: Besides, finding a decent drummer and bassist is one of the hardest things in the rock business.
Paris: Then I suggested Kevin. He’s a solid musician and I figured we could be a three piece with Jay on guitar and vocals, Kevin on bass, and me on drums.
Kevin: Except I didn’t want to play bass. I wanted to play guitar.
Jayson: So I put out some feelers and got word of this amazing bass player who was working with a band called Static Whippet. I went out and caught one of their gigs. Will was the only talented member of the crew.
Will: Oh come on.
Jayson: It’s the truth. So I sat him down after the show and had a word with him.
Will: It took me a while to get back to Jayson. I mean, I'd kind of had it with the band but my girlfriend was the singer and I didn’t want to leave her. I knew if I quit it would be over between us.
Paris: Then they had this massive fight.
Will: Yeah, And the band broke up anyway. Plus she kicked me out of the house. So I called Jayson to see if the offer was still there.
Jayson: It was. I really didn’t want anyone else anyway.
Paris: So Will came to live with me and my friends on the farm.
Thrash: Where you made him learn French.
Paris: We only speak French in the house. He had to learn.
Kevin: And we started gigging.
Will: Jayson had us rehearsing and writing songs like it was a job. six hours a day and at a club at least twice a week.
Paris: Will quit his job. Kevin dropped out of school. And luckily, Kevin’s dad fired me.
Kevin: My dad fired you because he thought you were a bad influence on me.
Paris: Good.
Kevin: Anyway he made me take school online. I didn't get off that easily.
Will: Soon our band was taking off. We were recording albums, playing bigger and bigger venues. It was cool.
Paris: And we weren't starving anymore – which was great.
Will: Then Jayson announces that he doesn't want to sing.
Kevin: Luckily that was right when I ran into Thrash. I knew him from Calgary when he was with Grey Phantom. He was looking for a band.
Will: The stars were aligned that night.
Kevin: Naw, it was just lucky.
Jayson: Anyway, that’s how we got all the members together and we’ve been a traveling mad house ever since.
Thrash: Yay, madhouse!
Buy the Book