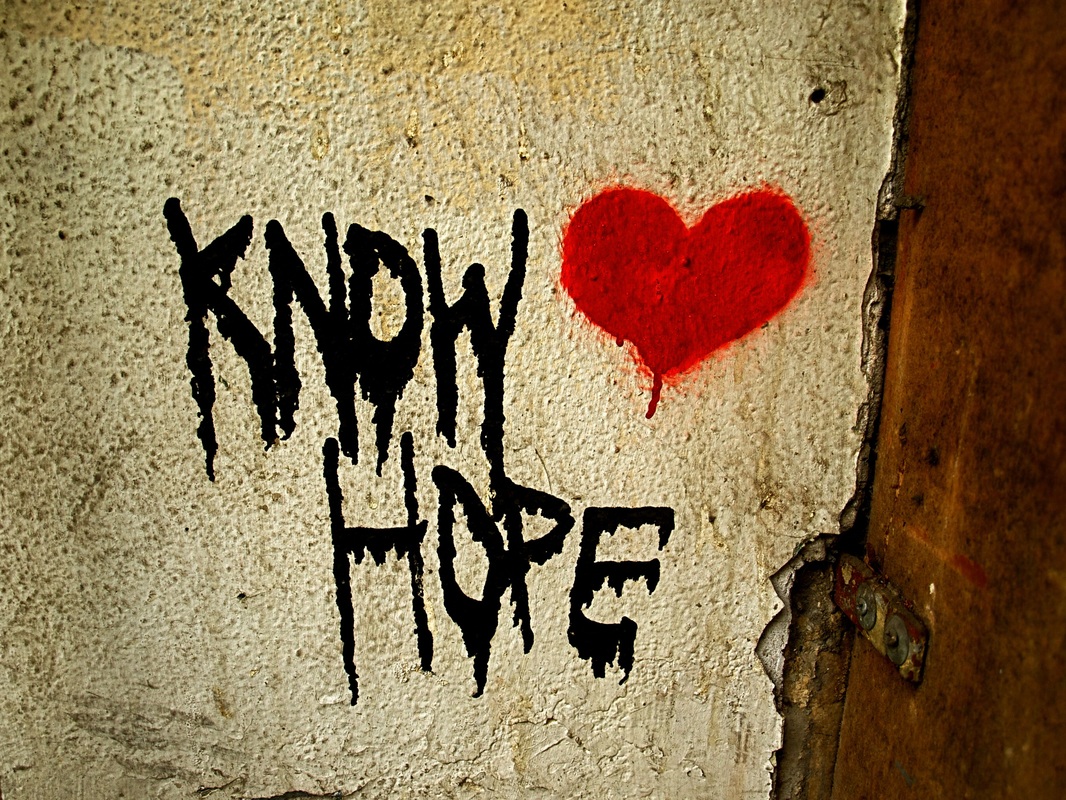 I can't take it anymore. Thrash totally lied to me all those years. Faked our friendship. For what? I don't know. And that's not all, The band thinks I'm a drugged out loser. Which I probably am. And all I see when I look in the mirror is Thrash's uncle looming like some demon. I'll never be able to erase him from my brain. But at least oblivion comes in a syringe. And it can't be that hard to do, right? Except I've been standing here over an hour and I still can't get up the guts to put the needle into my arm. 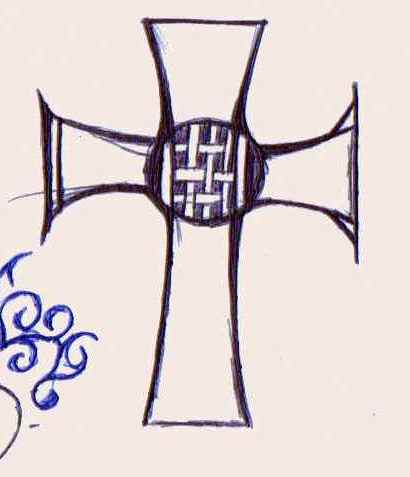 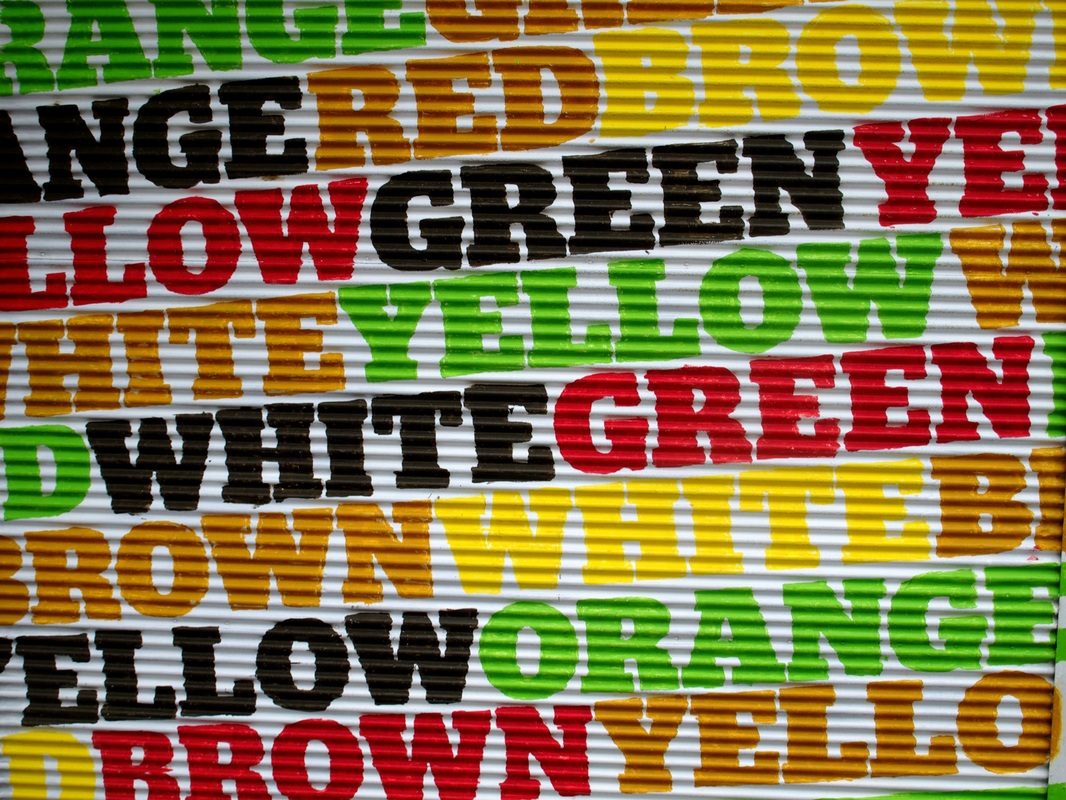 I can't believe I almost lost him. My best friend. Lost him to stupidity and bad drugs. What if I had been too late? I can't even think about it without my heart pounding right out of my chest. I never want to be responsible for messing someone up that bad again. It's horrifying. 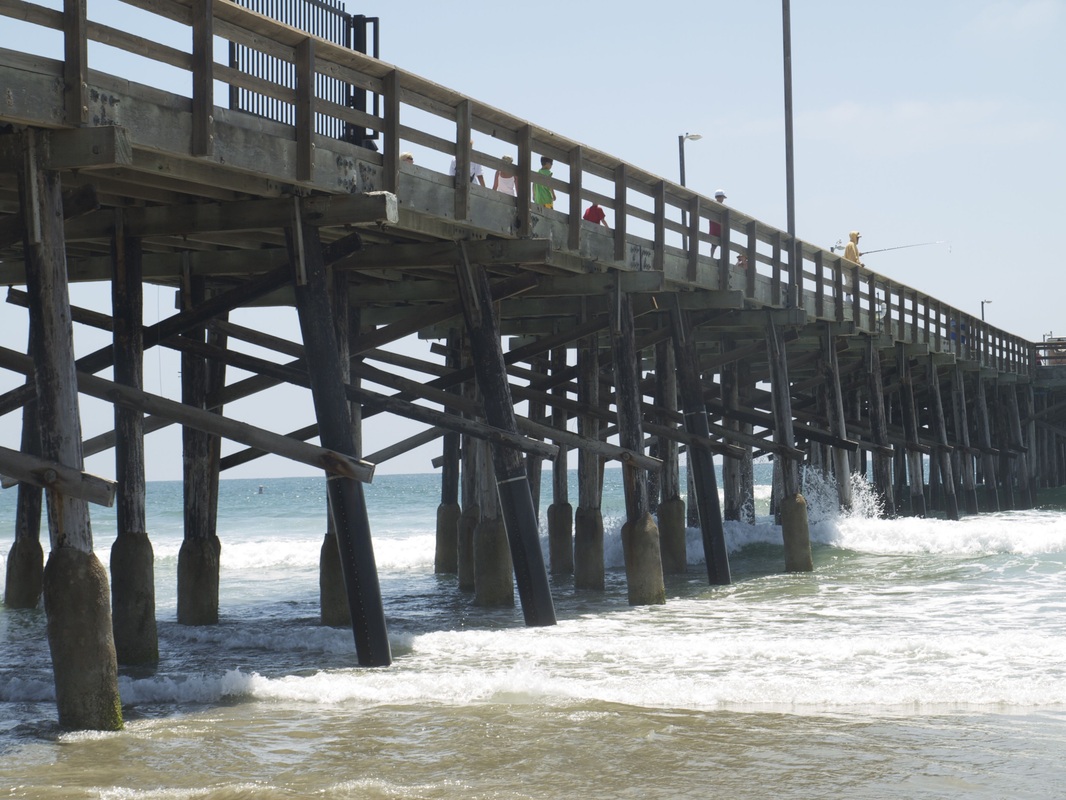 I went by the room expecting to talk to Kevin. Figure something out with him. Get him back on track. Last night, with him walking off the stage - that can't happen again. It was bad and not like Kevin. Not at all. But when I went by the room and heard music, a cramps song to be exact, with Kevin playing guitar and Thrash singing. And I knew things would be all right.

Now here's a museum I can get behind!

So things appear to be back to normal. Well . . . normal for us anyway. Kevin is even talking with his dad. After that Bess Armstrong incident, where he wouldn't go play on her album, THings didn't look good for that relationship. And Kevin stood up to Paris. It was crazy to see. Paris looked like he couldn't believe what was happening either. He ended up just walking away without a word. And now we're jamming this new song of Thrash's - I love You Though You're Not my Species, and things feel right again. Like we've hit an equilibrium. But Man, Where does Thrash get these crazy ideas for lyrics? 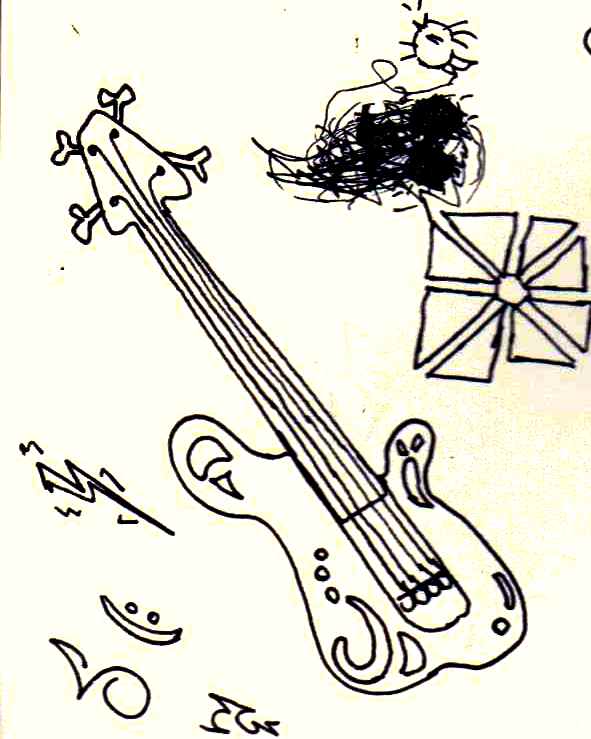 What is the one worst mistake you have made? I don’t make mistakes. I am perfect.

What do you think could have prevented this mistake? Aren’t you listening. Do you want me to rip your face off? Will that help? I am all about being helpful.

What kind of people frustrate you the most? People who let people walk all over them. Who do what they’re told without ever questioning it. It’s stupid. Question everything. Let nothing just go by.

What’s best experience that you have had? My last night in Kenya. I was sitting in on a drumming circle in a Nairobi slum where my parents were preaching. The night was just coming down. The sky was purple and the drumbeat was vibrating right through my chest. That place, which all day  had looked so bad and hopeless, felt so impoverished and wrecked, was suddenly rich and vibrant. And I couldn’t imagine wanting to be anywhere else. It was magic. Pure magic.

How do you react to critical reviews of your work? I burn them.

How do you react to encouraging reviews? I burn them.

In the event of tough situations, how do you generally react and how do
you cope? I smash things. It makes me feel better. Then I drum. Hard.

What is your biggest inspiration while you are working? My heartbeat and the breath going in and out of my body. 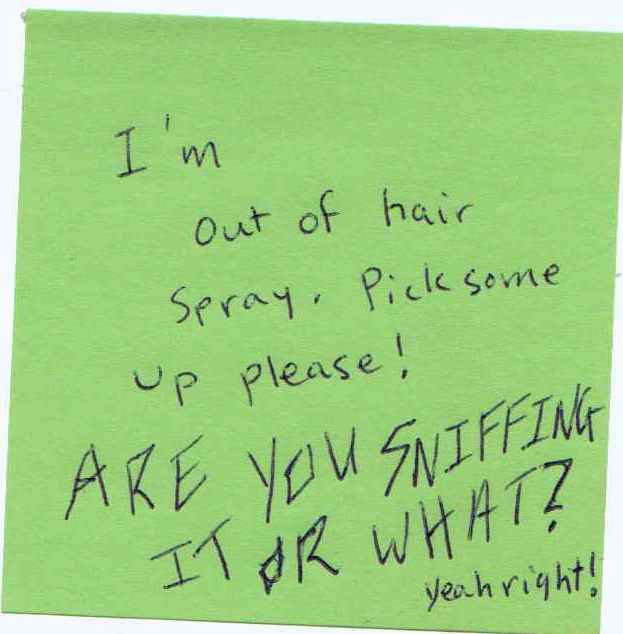 So Kevin finally grew some balls. Amazing. I guess I won't have to beat on him so hard now. Unless he resumes his wimpy ways - then it's back on baby!

Health and Safety Vs Punk 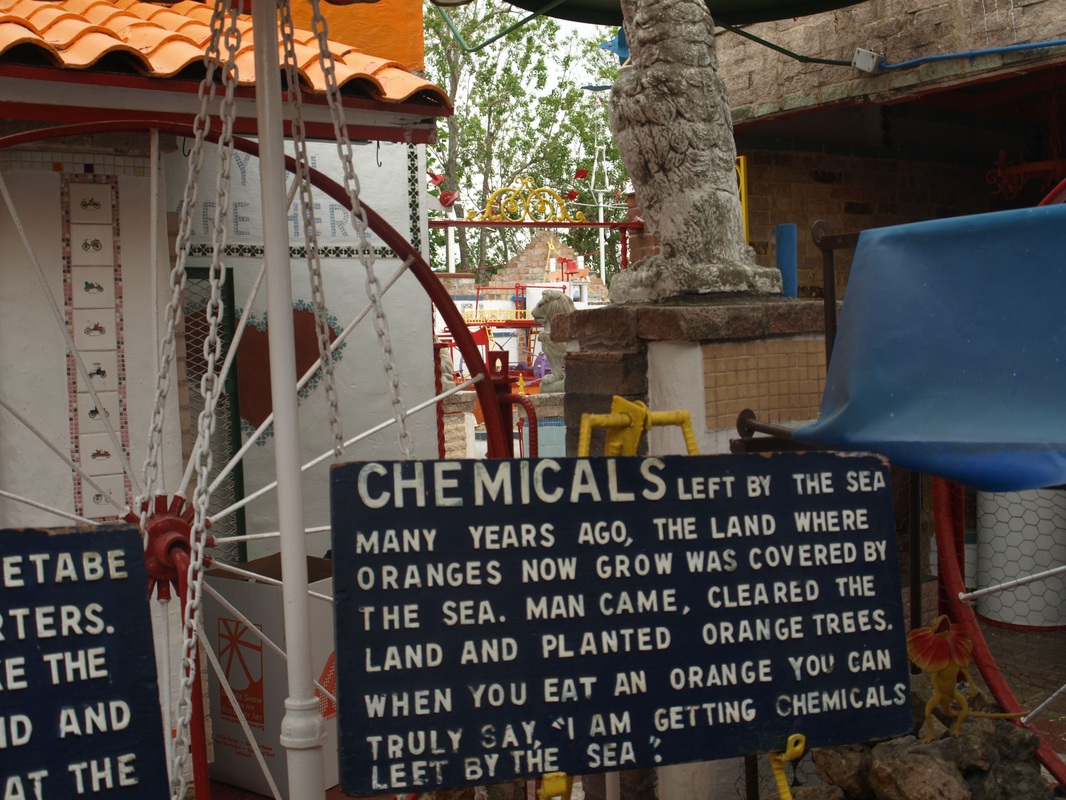 Add: one sliced banana or a handfull of blueberries or other fruit.

Mix in: Enough water or rice milk or soy milk to make the mixture thick but runny (In other words, it pours off the spoon instead of glops but it looks too thick to drink).

Cook: at a medium heat in a oiled frying pan.

Top: with fruit or syrup, or a squeeze of lemon with a sprinkle of sugar. It's up to you. 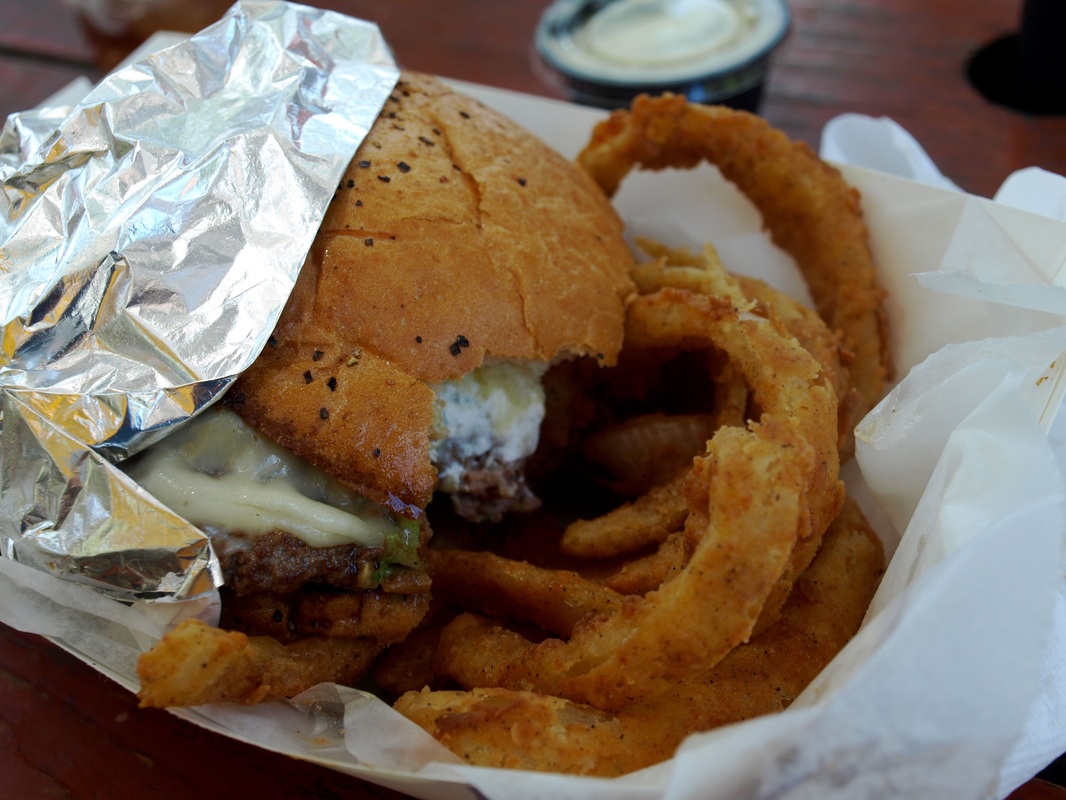 What’s the funniest thing you’ve seen on the road?

Kevin: Well once I saw this sign that said Carl’s Auto - Used Cars and
Trucks. Except I thought it said Used Cats and Trucks because the sign was faded and chipped. And that made me think, "Used Cats, that would be a good way to market cats at an animal shelter." I mean – adopting a cat makes it sound like charity. But getting a used cat – that sounds like you’re
getting a deal.
Paris: A deal?
Kevin: Yeah.
Paris: Used Cats?
Kevin: Yeah.
Paris: You really are dumb.
Kevin: Shut up or I'll kill you.
Paris: Are you serious?
Kevin: Ask my fist.
Paris: *Snicker*
Kevin: What are you laughing at? I'm about to kick your ass.
Paris: I know.
Kevin: No, really. I am. I'll rip you apart.
Paris: I'm sure you will.
Kevin: Then Why are you laughing? I can fight.
Paris: I know, I've seen you. Remember that time at the Bomb Shelter where that guy called you a poser and a hack.
Kevin: Yeah, I jumped down and punched him in the face.
Paris: That was funny.
Kevin: It was pretty funny. THough at the time I was kind of freaking out. Anyway I was mostly pissed off because my dad had been rinding my ass all day and acting like I wasn't doing my job when I actually had been working really hard.
Paris: Your dad needs to get a punch in the face.
Kevin: Yeah, like I would ever do that.
Paris: You could tell him to screw off next time he talks down to you though.
Kevin: I guess. But right now, I'm going to rip you apart.
Paris: Sure, let's do this.
Kevin: Uh . . . okay?
Paris: Don't you want to?
Kevin: Uh . . .
Paris: Want to get something to eat instead.
Kevin: Yeah! Onion rings?
Paris: Sure. Oh, you remember those giant onion rings we had in Calgary? The ones that were as big as doughnuts. what were they called?
Kevin: T-RIngs. From Tubby Dog. Man those were spicy.
Paris: But awesome.
Kevin: Extremely awesome. Hey, Paris, why are you always ripping on me anyway?
Paris: I wanted you to learn to stand up for yourself. I don't like seeing the way your dad always leans on you. I figured if I beat you up a bit - you would eventually learn to stand up for yourself.
Kevin: You could have just told me.
Paris: But where's the fun in that, Dufus.
Kevin: Oh, so You want to go, huh? I'll kill you! *Puts up fists* Stop laughing!
Paris: Come on, I'm starving.
Buy the Book