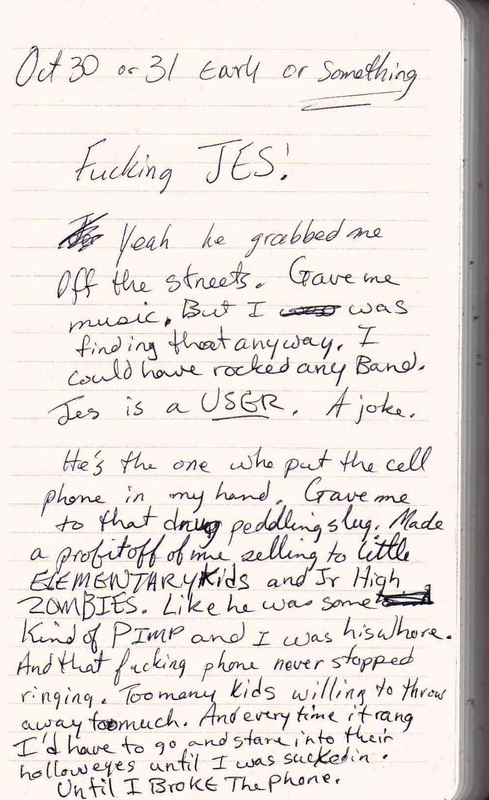 Even back in the day i couldn't have played in this band. 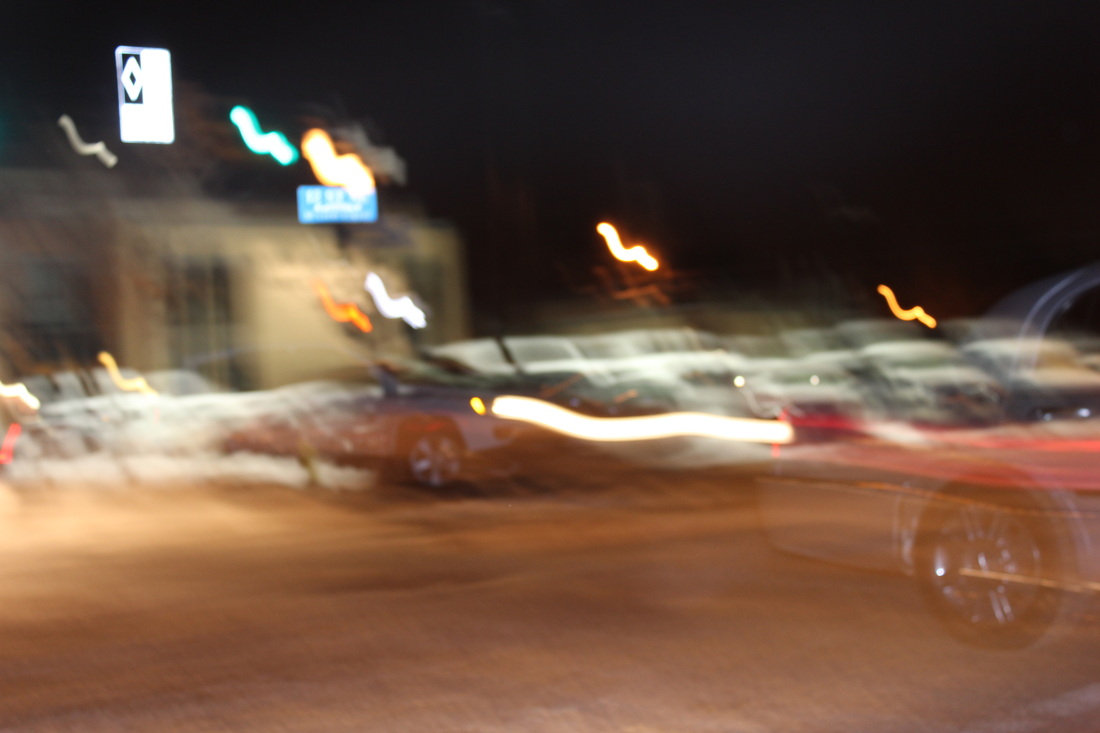 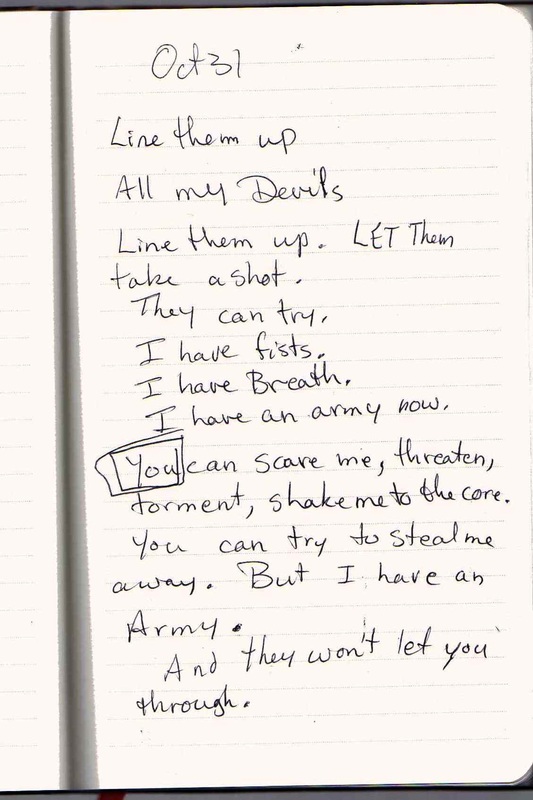 Boiled Cat is not the first band ever targeted

it was Jayson's Idea to do the big halloween show. Usually he's so reserved. Well, not when he's playing guitar, but the rest of the time. So we were all a little surprised when he said we should do the show in costumes. I was even more surprised when he said I was supposed to be hung. Really? Hung?
Jeeze. Anyway, Jayson dressed as a skeleton. What else would he Be? He's already bone white anyway. Kevin's into sci-fi monster movies. He loves makeup and props. Halloween is his favorite day, so he was totally into it. I think he already had the latex body parts and spirit gum packed in his bag. Will wasn't too hard to convince. He just rummaged around in his stuff and came up with this mystic warrior costume. He's already that most of the
time. Paris wouldn't dress up. No damn way - he said. But Paris being paris is good enough, and Jayson just let it go. Everyone wanted me to go as Alice Cooper, except I knew I'd be expected to throw off one of his songs during the show and I don't do covers. NOthing against the guy. He puts on some of the best shows in rock n' roll. I just don't copy people on stage. I have enough of my own stuff to do. So I went with the crow. It's a damn good movie. Kevin and I watched it in the hotel room last night with a couple of girls he brought back. He had fun. I ducked out to get a coffee. All that touchy feely business kind of creeps me out. Especially when they run their fingers over my scars and look at me like I'm something that needs to be taken care of. I don't need that garbage. I'm fine. I survived and I don't want to talk about it. 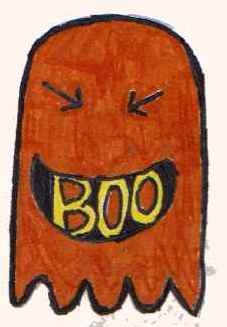 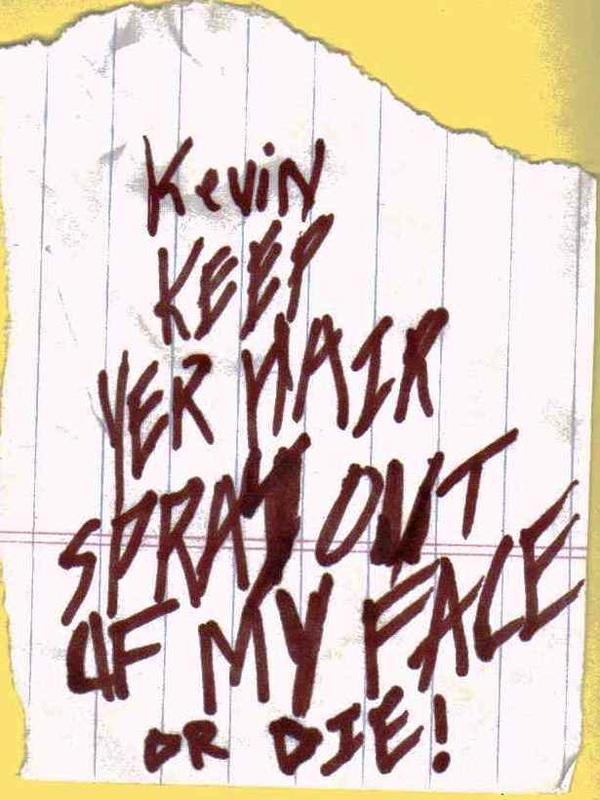 Kevin isn't a very good song writer. His songs don't have any kind of rhythm or rhyme. this is the only song of his that we have ever performed. He keeps trying though. ONe day he might write another one that will make the stage. Our band is all about experimenting with new things, so you never know. At least Kevin gets his way with his instrument choices. 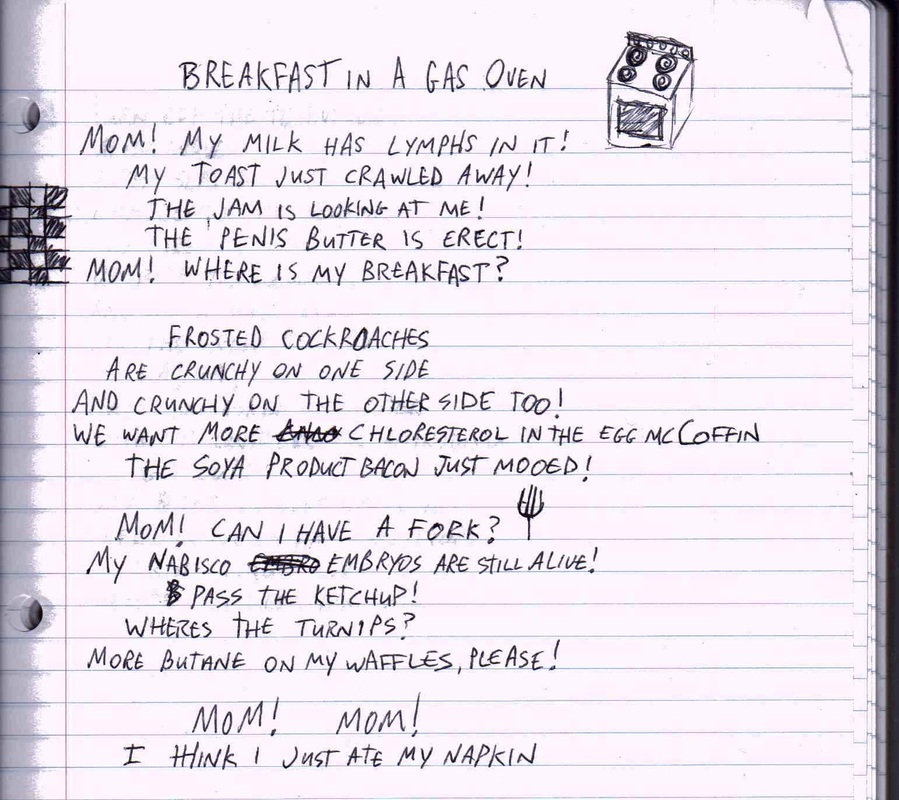 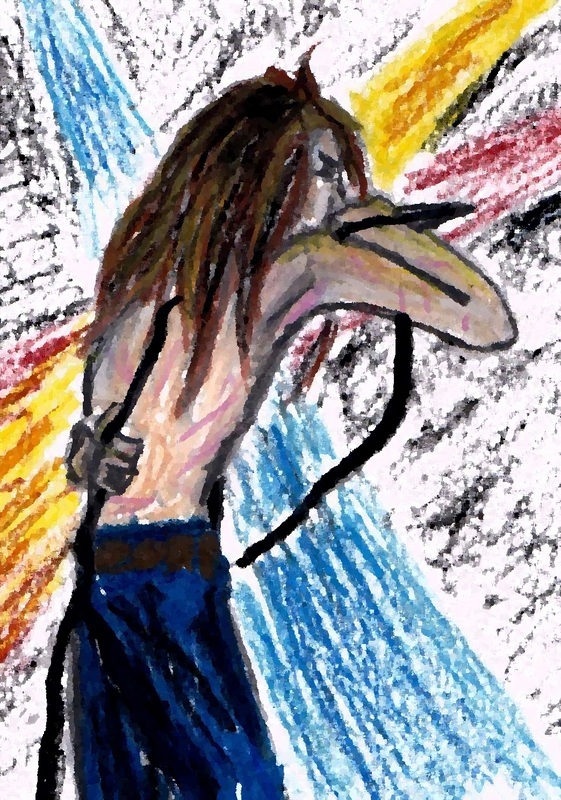 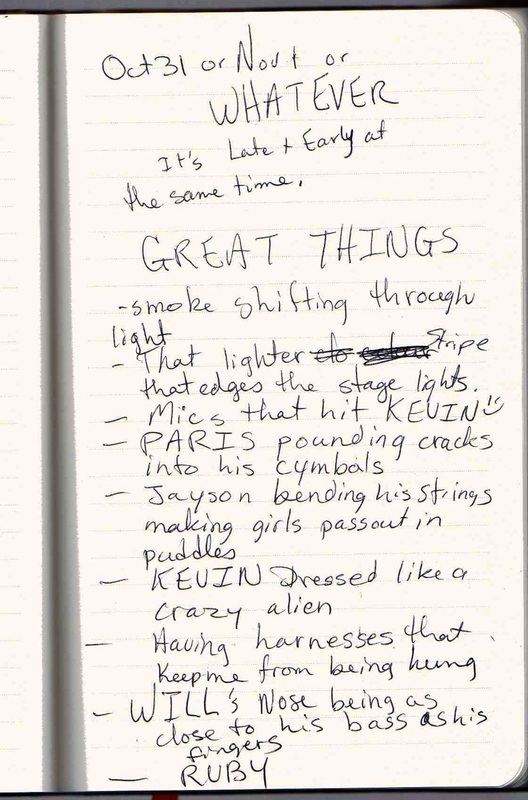 And the Top five punk bassists are . . .

Who writes the songs?

Paris: Thrash and Jayson.
Will: Jayson used to do all the song writing before Thrash joined, but then things changed.
Kevin: We were kind of expecting a fist fight over the whole thing.
Paris: But it didn’t end up happening.
Jayson: Hey, I can be reasonable.
Will: Really? You? Reasonable? Huh.
Thrash: I probably write a solid sixty percent of the lyrics now. The rest Jayson writes. We work together on the base tune and then the rest of the guys join in and mess around. It’s really a whole band thing.
Kevin: I wrote a song.
Will: Yes you did.
Kevin: We perform it.
Paris: Out of pity.
Jayson: This band is about experimentation. Pushing the limits. Having some fun. We go out there mainly to entertain ourselves more than anything.
Kevin: Which is why we should do more of my songs.
Thrash: They aren’t songs.
Kevin: Sure they are.
Thrash: No, they’re more like . . . uh . . . word mash!
Paris: Word mash, that’s hilarious.
Will: And pretty accurate.
Jayson: I like Kevin’s song, Breakfast in a Gas oven. It’s funny. You guys have a problem with that?
Paris: Shutting up now.
Will: Yup. We’re done.
Thrash: So done.
Kevin: See, more of my songs are coming your way.
Jayson: Don’t get your hopes up.
Kevin: Oh.
Jayson: Ever!
Kevin: okay.
Buy the Book