You know the drill

MJDIVA covers Boiled Cat's - I Love YOu Though You're not my Species. 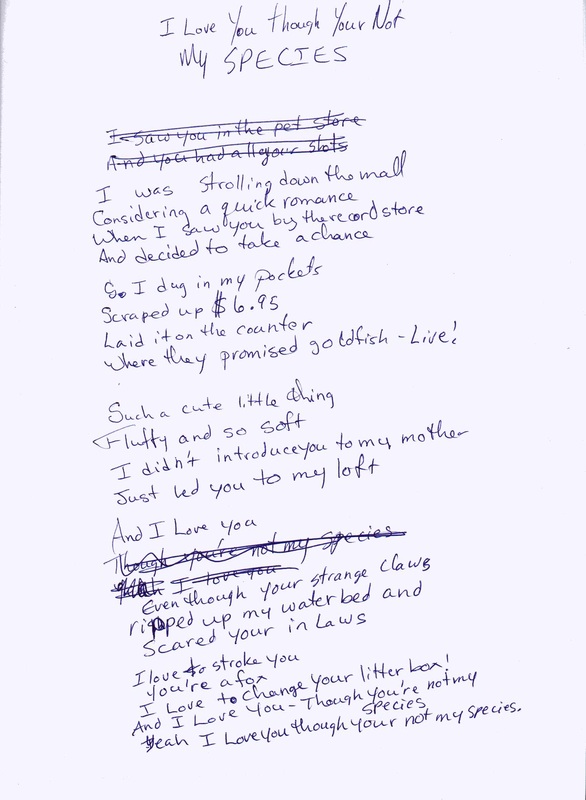 Who Says it's hard to be in a punk band? 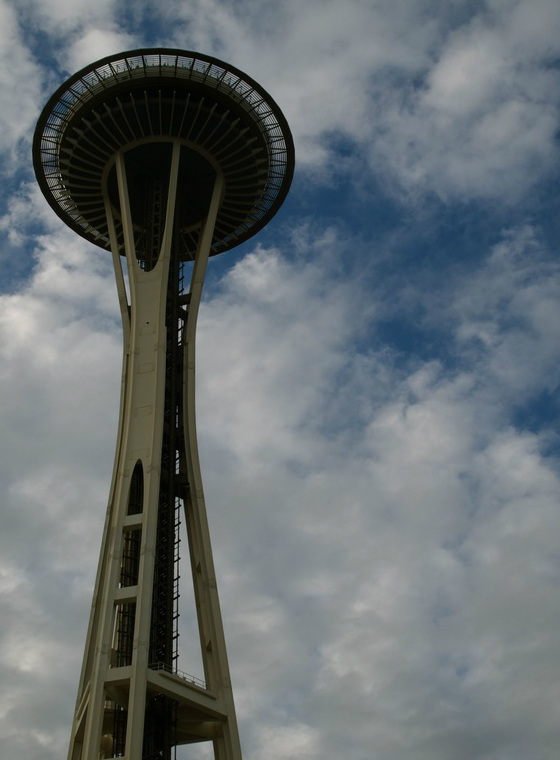 It's the last show. Crazy. I've never been on a tour quite like this. I mean I've been with a few bands and I've had tours where the club we were going to burnt down the night before. Or where the mosh pit ends up on stage. I've done shows where the whole thing shuts down because the audience ends up in a huge fist fight and the police have to be called. I've had vans break down or catch fire. Seen the whole band go down with food poisoning. I've even had band mates disappear - but only due to drinking binges. But this tour - IT was crazy and fun and scary, and, well . . . something else. This Band, Boiled Cat, it's made up of a pretty amazing group of guys. I'm really glad to be playing with them. I don't think I'd want to be anywhere else. 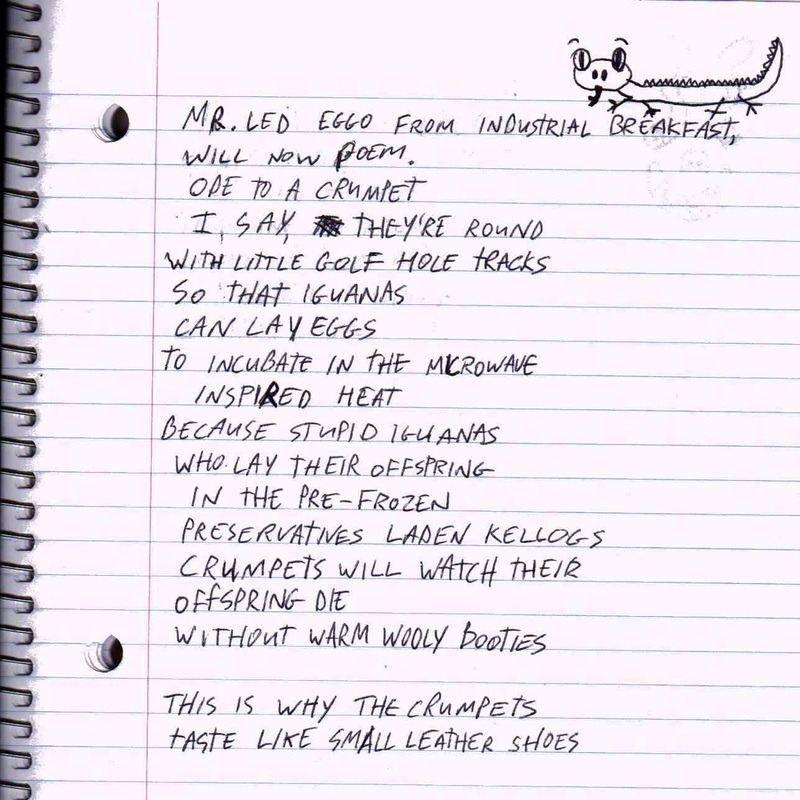 We ran out of songs. So what does thrash do? He hauls out a new song we just learned two weeks ago. Barely two weeks ago. My arms are falling off. Will is bleeding. Kevin has sweated a swimming pool. Jayson is barely standing. And Thrash, he's still hopping around like he's just got onstage. That kid has way too much energy. 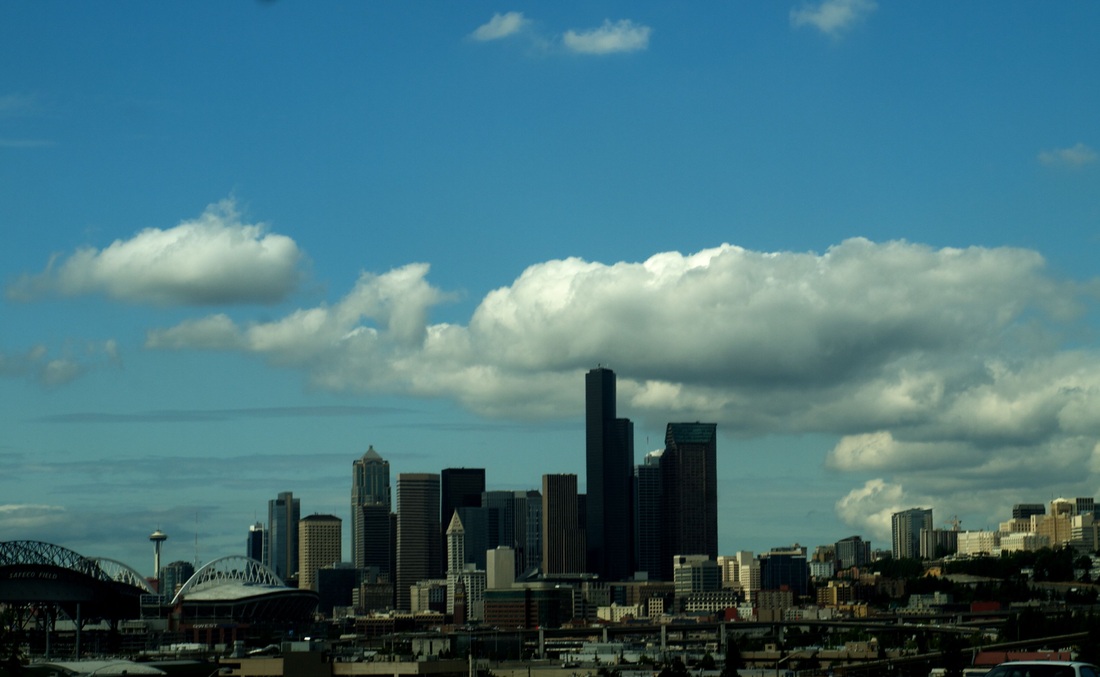 I've never played that hard in my life. Never. Thrash always seems to push us to the next level. He has an energy. An intensity that makes you want to match him. Makes you feel lame if you don't. He's not only my best friend but he's also someone I need to keep up with. People have always - my whole life, gone on and on about my talent. But it was never anything I had to work hard to achieve. Then Thrash comes along and he's better than me. Works harder than me, entertains more, captures the spotlight. I see that and I want some of it for myself. He's pushed me to hone my skills with more focus and intent than I ever did in the past. I'm honored to say he's my friend.

Paris doesn't sing in Boiled Cat for the same reason as this . . .

I knew it would all work out. That's the way tours are. Things start off solid,
then collapse into chaos and it always ends with everyone going home exhausted and happy. No problem. 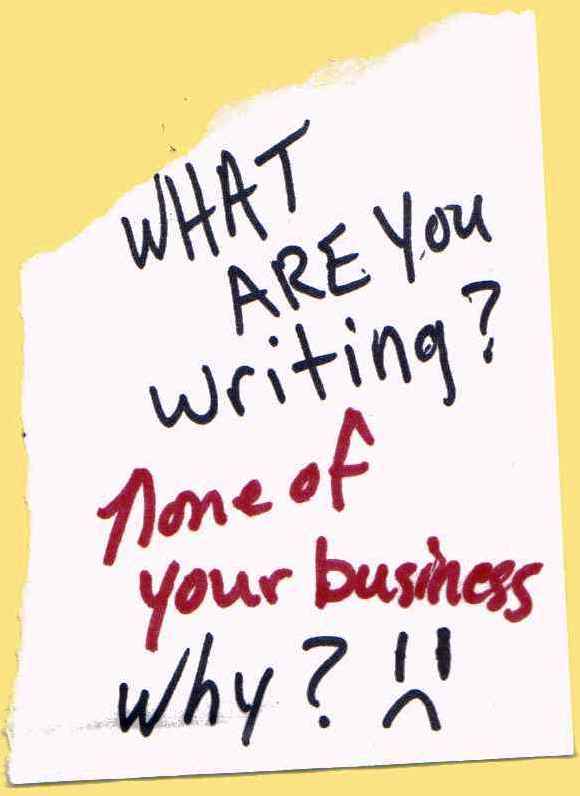 Some Seattle and Area Bands

I miss her already

Jenna-lee. What did you do to me? How did you sneak into my heart? Would I have been better off without you? The pain would be less, certainly. But I would have been less for not knowing you. Jenna-Lee, I miss you. I don't want to see your plane leaving the ground, taking you a whole ocean away. You've done things to me. Opened up parts I didn't even know I had. Back rooms in my soul that were barred and chained. How did you end up with the key? Jenna-Lee, I lied when I said it would all work out. I don't know and I'm scared too. What if you find someone better. Someone closer. What if we drift apart? Jenna-Lee don't leave me. 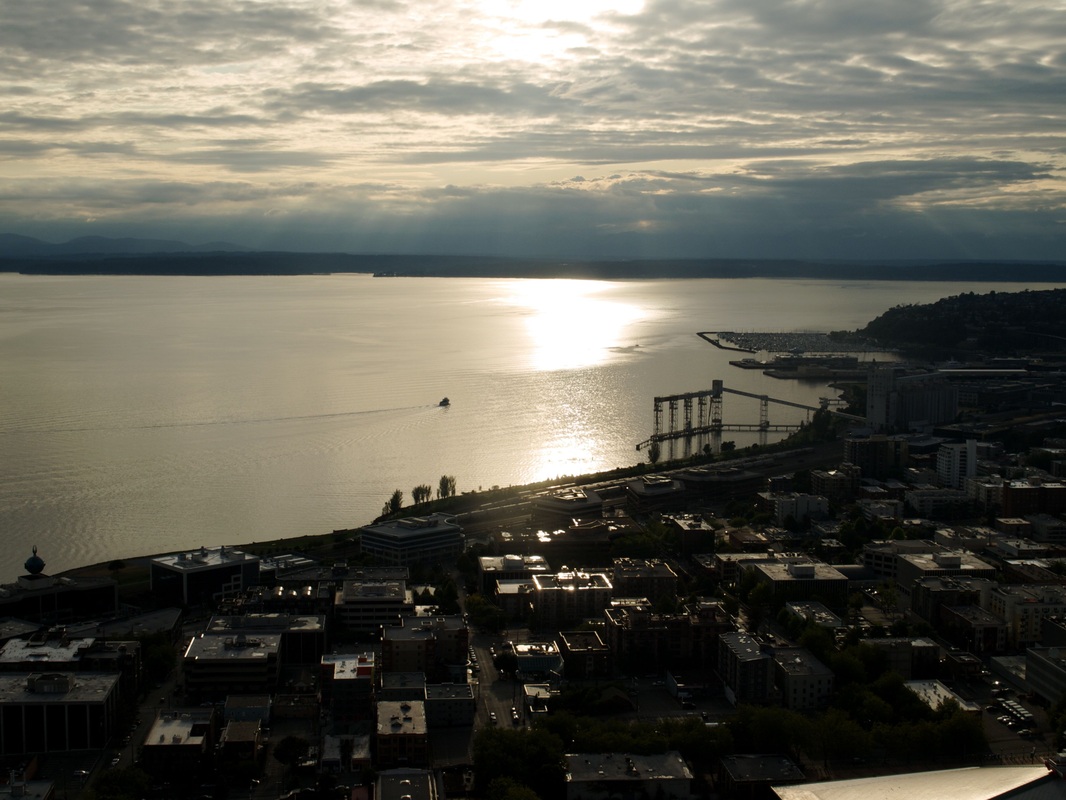 And then she was gone.

Are there any types of songs you won't write?

Yeah, Love songs. Can't stand them. I don't listen to them and I don't write them. I mean who wants to hear that kind of mush? It's so lame. There's way more interesting stuff out there to write about. Besides - love songs - it's all be done before. There's a million of them. So who cares?
I will also never write one of those "Oh poor us - we're on tour and so far away from home. It's so hard." songs. THey are so lame. I mean, isn't this what every band works for? The chance to rock out live to your fans? So why whine? Yeah, sometimes it's hard and you miss people, I guess. But who needs to hear that? It's not like a kid who's suffering through high school can relate to your complaining about going from one stage to another with no sleep. They don't care about you. They want a diversion. AN escape. Some way to scream out their frustration. So don't give them a ballad! What the hell?
So, yeah, I don't write love songs or tour songs. 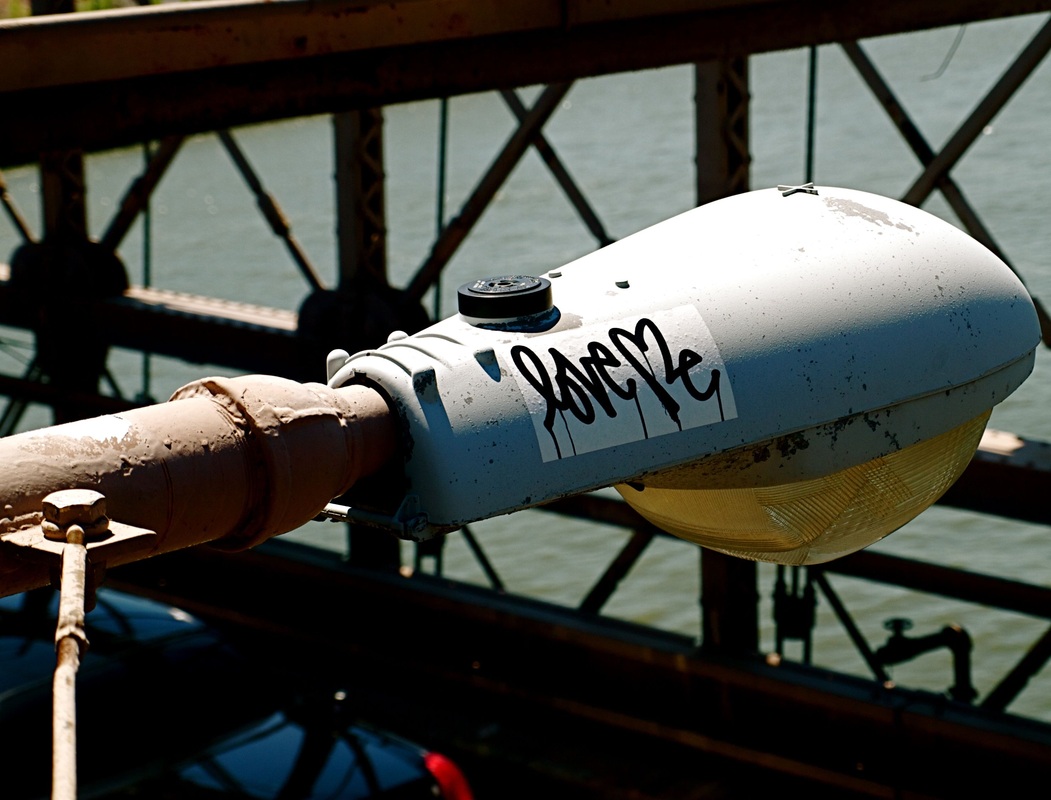 Will is excited to get back to his dog tomorrow. I have no idea why. I mean, it's a dog. A stupid drooling dog. But whatever. 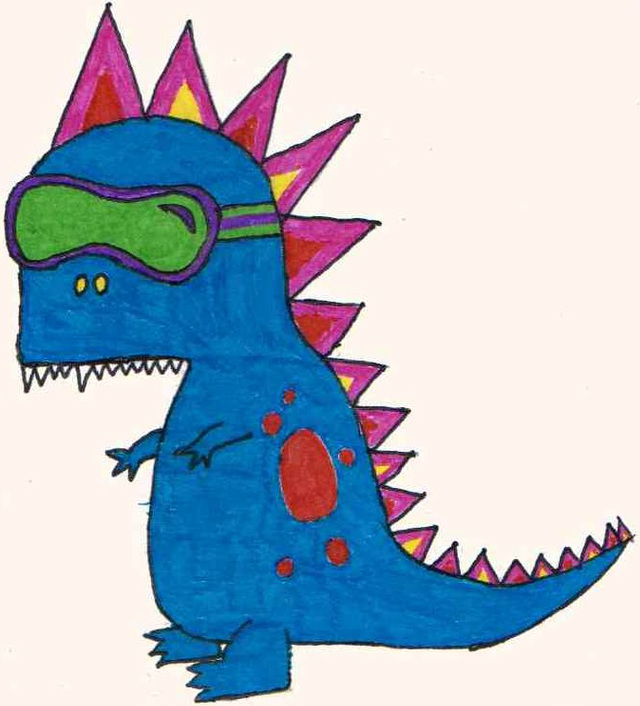 I think when my mohawk grows out again - I'm going to do it in these colours. - Kevin

At the boarder crossing. Home again.

Thrash: I’ve always done some kind of make-up on stage. When I started with Grey Phantom I had a black line across my eyes. Kind of like that girl in Blade Runner. I liked to both hide my identity and make a new identity at the same time.
Jayson: Our original logo was a skull with the lightning bolt style thing on its eye.
Paris: When Thrash started playing with us – he imitated it. 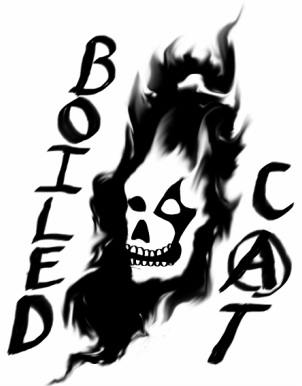 Boiled Cat's original logo.
Kevin: Then a friend of mine drew a picture of Thrash with the make-up. Kind of cartoon like.
Will: It was pretty neat, so we got him to turn it into a new logo.
Thrash: So now it’s kind of both. The logo became me and I became the logo. 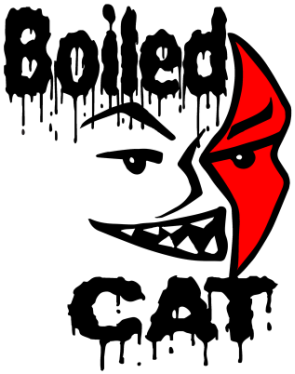 Jayson: I like the new logo because it looks mischievous instead of just evil and demonic.
Kevin: I always thought the old logo kind of made us look like a Celtic punk band or something.
Will: Yeah, we used to sometimes get people coming out to the shows dressed in kilts.
Kevin: Well at least they liked the show.
Paris: Those were the ones that appreciated your stupid bagpipe contraption.
Jayson: The nice thing about the new logo was that people still knew it was
us. The two aren’t that far apart.
Thrash: And people that see us play know our symbol automatically
because of my make-up. So It all works together.
Jayson: As it should.
Paris: Don’t even pretend you masterminded the whole thing!
Jayson: How do you know I didn’t?
Paris: You are so full of crap!
Jayson: As are you, my friend, as are you.
Paris: Sometimes I don’t even know what to say.
Will: Finally! Silence!
Buy the Book