Guess what you can get? 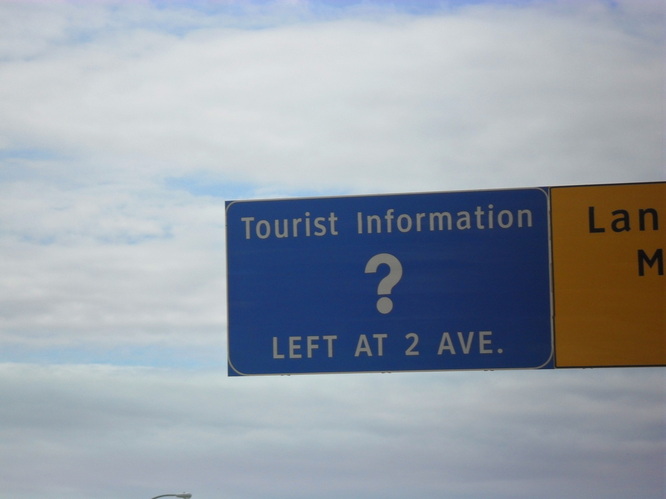 Kevin – Fries, orange juice, and a chocolate bar (I may be vegetarian, but I am not eating mushy salad. No damn way!)

Thrash - Fries, burger, coke, and no mushy salad either. I don't care what RUBY said. I won't eat it. *crosses arms*

How to put up a mohawk 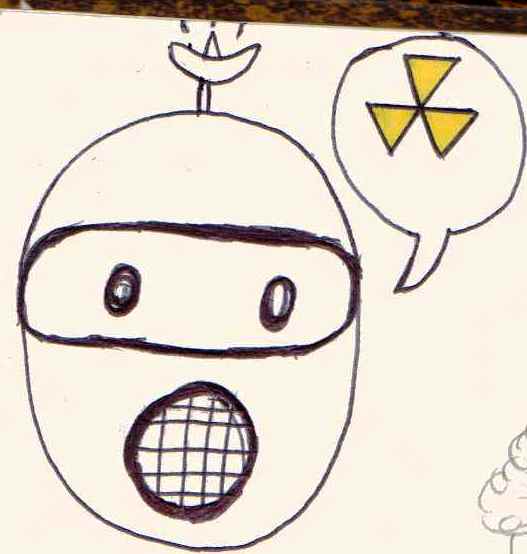 Will Answers, Have You Ever:

Felt so sick you thought you might die?
Yeah, I got food poisoning and a flu when I first left home. Luckily my girlfriend took care of me. Didn’t take me to the hospital, but I survived at least.

Cried yourself to sleep? A few times but never in front of anyone.

Sang karaoke?
Naw. I like playing bass. I’m not much of a singer. Besides they never have the songs I like listed. But I’ve seen Paris do it. On second thought – maybe I shouldn’t have said that. Don’t print that.

Laughed until something you were drinking came out your nose?
Paris does that to me all the time. I think he does it on purpose.

Caught a snowflake on your tongue?
I love doing that. It lights up your whole tongue with good cosmic energy.

Sang in the shower?
I did when I was younger I did, Then one of my sisters recorded it and played it for all her friends at school. And they shared it on Facebook and pretty soon everyone had heard it. I got Teased and beat up over that
for a couple of years.

Had sex in a park?
I love sex outside, under the stars, or in the rain. But only on a blanket. I hate pine needles up my butt.

Had a dream where you were married?
A Dream? No, no, no – that's a nightmare. Total nightmare.

Glued your hand to something?
I was never very good with glue.

Got your tongue stuck to a pole?
Yeah, my sisters once ganged up on me and forced me to stick my tongue to a stop sign one winter. they told Mom that they found me like that and that’s why they had to rip my tongue off the pole. She believed them of course. I mean who wouldn't believe cute innocent little girls?

Ever gone to school naked?
I’ve had my pants and shirt stolen while at school. But I’ve never started the day by arriving naked. 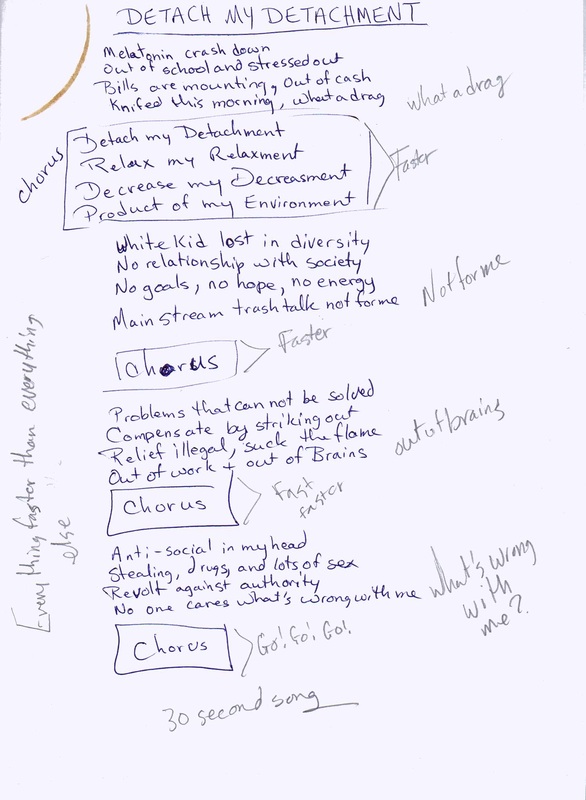 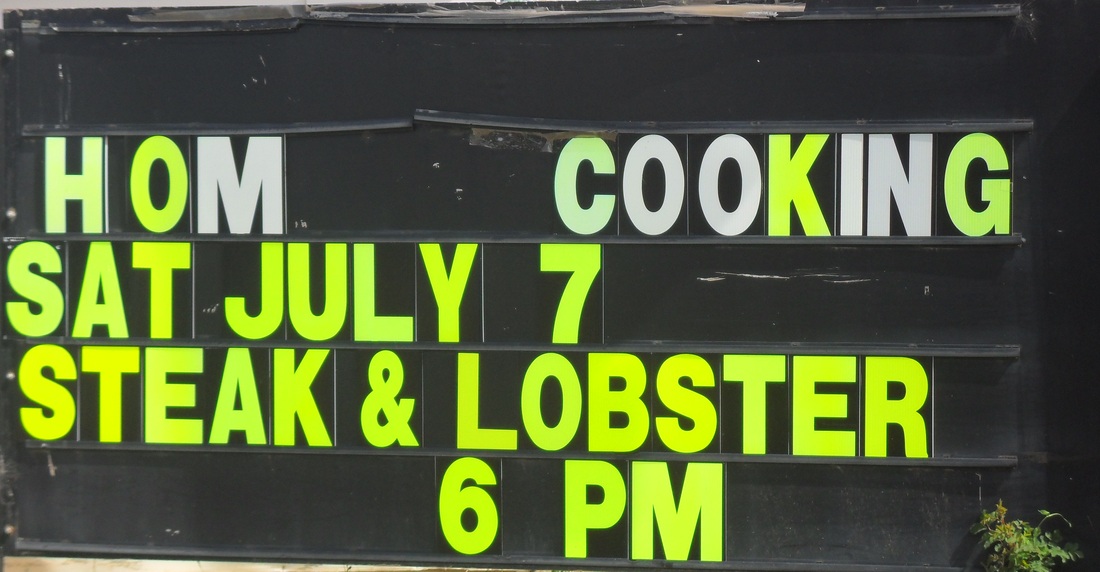 There is so much wrong with this sign. For one thing, it's october. And what the heck is Hom cooking???? And if you're there at 6:01 - no Steak and lobster for you!!

Oh! SO this is Hom Cooking. 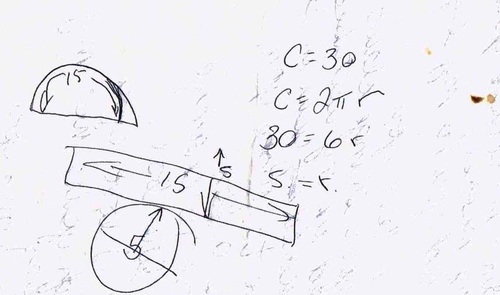 I don't even know what this means

Jayson tried to help. He really did. So did will. No luck, I still don't get it. And who uses carts anymore anyway? Jeeze people! 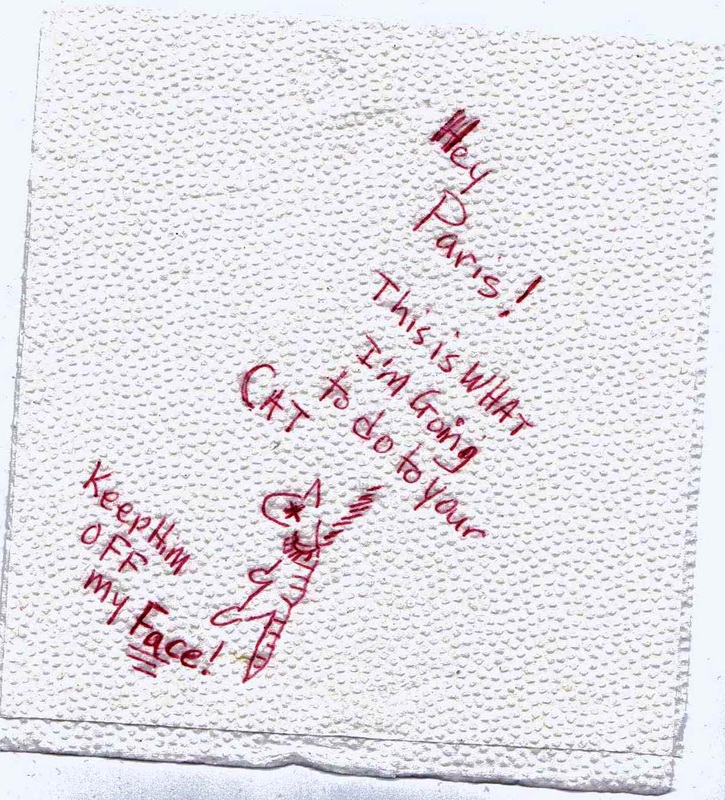 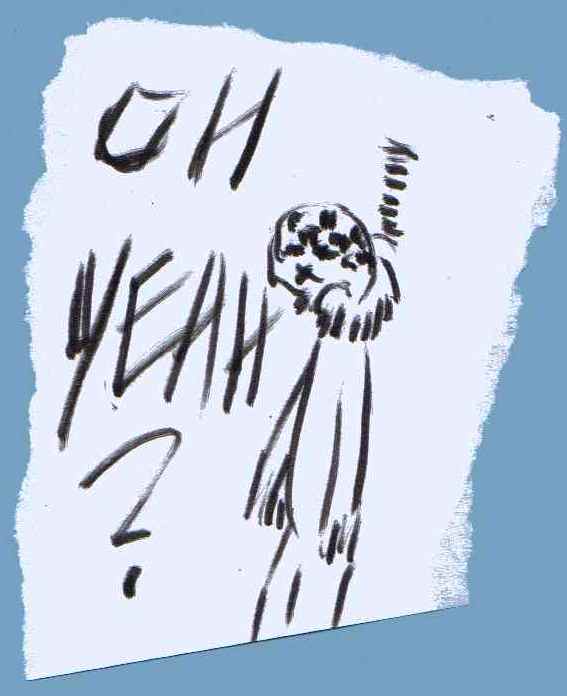 If you couldn’t make money in the music business, what else would you be
doing?

Thrash: There’s other things to do besides music?
Jayson: You can make money doing music?
Kevin: Who knew?
Will: Paris would be a good bomb maker.
Paris: Only for a cause.
Thrash: Will would be a psychic tea leaf reader.
Kevin: Yeah, Down at Granville Island market.
Will: because there is such a shortage of psychics over there.
Thrash: Totally.
Paris: Jayson would be a vampire.
Jayson: Do vampires make more money than musicians?
Paris: If politicians, big business, and bankers are any indication, yes.
Kevin: Thrash would be a demolitions expert.
Thrash: I’m not that bad.
Jayson: Kevin would be a fashion designer in an alternate dimension where bad is good and purple plaid pants go with diagonally striped, red and green, sweaters.
Kevin: I make this look good.
Paris: No one can make that look good.
Jayson: I think the world is a safer and happier place when we all just stuck to music.
Thrash: Agreed.
Buy the Book