Only you can prevent artist starvation 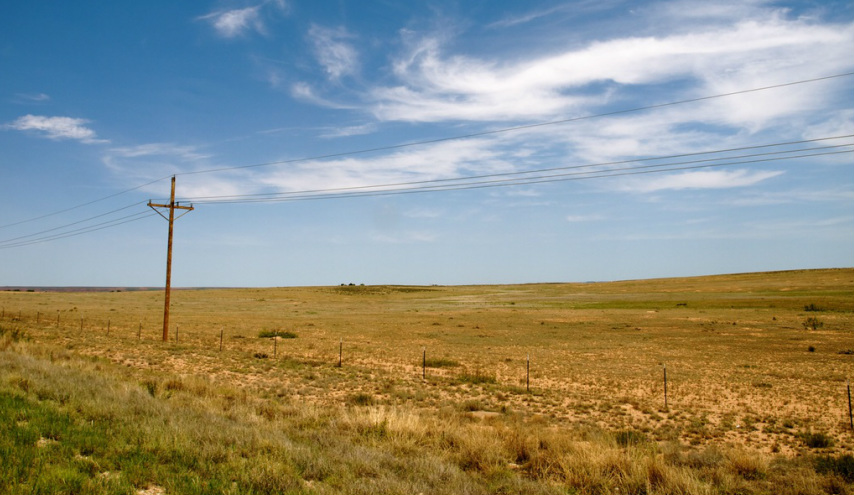 An interview with Will

Is it easy for someone to make you smile?
Yeah, pretty easy. I’m not that serious and I like to laugh. I don’t like it when people are being stupid just to get a grin. You know, trying too hard. But when someone is just being nice or having a good laugh, I’ll probably join in too.

Tell me why you like the last song you listened to?
I think the last song I listened to was Anti-Flag - Sodom, Gomorrah, Washington D.C.. Chris Barker is a solid Bass player and I love his energy on stage.

What color are your eyes?
I have eyes?

Where was the last place you fell asleep other than your bed?
Yesterday I took a nap on Thrash’s leather jacket in the dressing room
about an hour before we went on stage. Paris was hogging the tour couch.

How many people of the opposite sex do you fully trust?
Aren’t all women trustworthy? That's what my mother told me right before she took my dad for everything he had. I don’t know. I don't trust by sex. I trust by action.

What would your name be without the first three letters?
L

What was the Last thing you touched not computer-related?
My bass.

Are You currently in a fight with someone?
Not really. I get people back that irritate me in ways other than expending negative energy on them. I mean, how would that work anyway? Getting all upset and mad at someone and expecting things to change is the same as drinking poison and expecting your enemy to die. Life doesn't work that way. I try to keep joyful and calm.

Have you ever stood up for someone you hardly knew?
Yup. I don’t like seeing people picked on. I used to get beat up pretty bad in school, both by the bullies and the people I defended. I guess they didn’t like a loser coming to their rescue. The thing with that is, you never know who the losers are going to turn out to be.
DO NOT PUSH 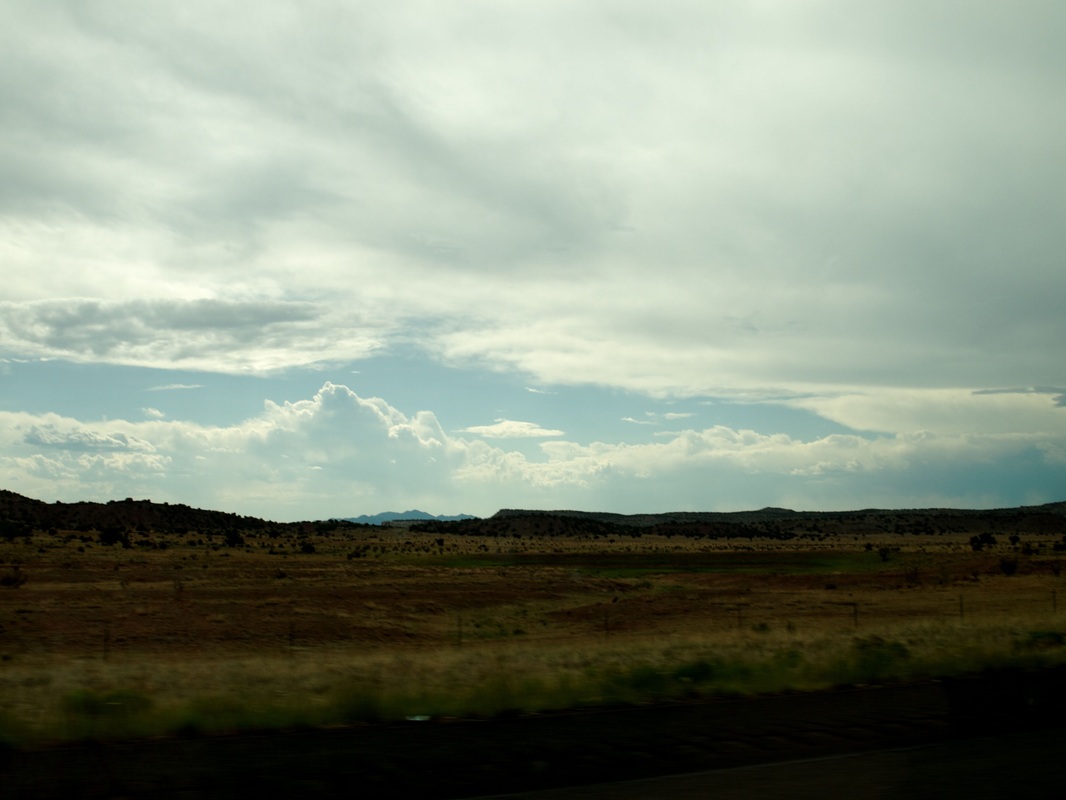 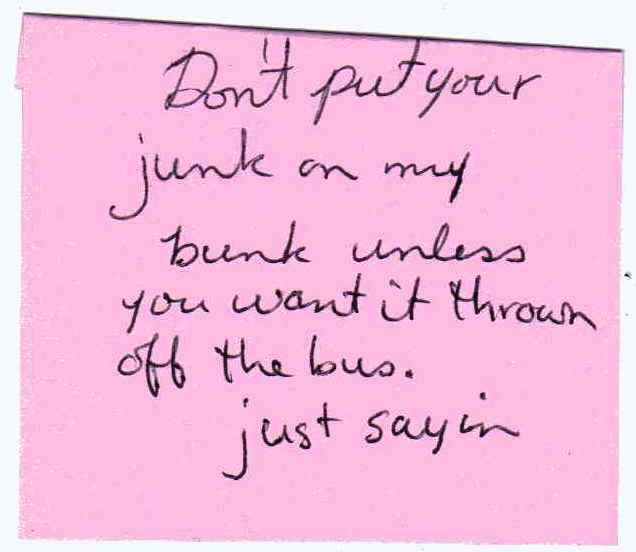 What WIll has done to paris so far:

- Filled his hairdryer up with baking soda then sprayed him with vinegar.
- Replaced His toothpaste with denture adhesive.
- Doused him with cat nip spray in his sleep and set Zeppelin on him.
- Coated Zeppelin in nacho cheese dip and put him in bed with Paris and Sun.
- Filled Paris' boots with metal jacks.
- Refilled all of Paris' water bottles with vodka and put them on stage.
- Covered his drums with a fine layer of baby powder right before the show.
- Set off a fire work under Paris' drum stool during a show.
- Sprinkled dry Kool-Aid on him and Sun while they were sleeping and sweaty.
- Painted all of his footwear bright Barbie pink.
- Filled his bed with 100 plastic spiders and one real one.
- Soaked all of his clothes in Plaster of Paris, refolded them neatly and put them back in his suitcase to dry.
- Bought 25 alarm clocks. Hid them in different parts of the room. Set them each to go off five minutes apart. Starting At four in the morning.

If Will ever finds finds this stuff - We're ALL doomed.

It turns out you don't say the D in Djembe. Jenna-Lee laughed when I pronounced it that way the first time I saw her drum. I didn't know. She gave me an education in rhythm - and not just the percussion kind. She also showed me some amazing drummers she's discovered on YouTube. This kid is one of my favorites. 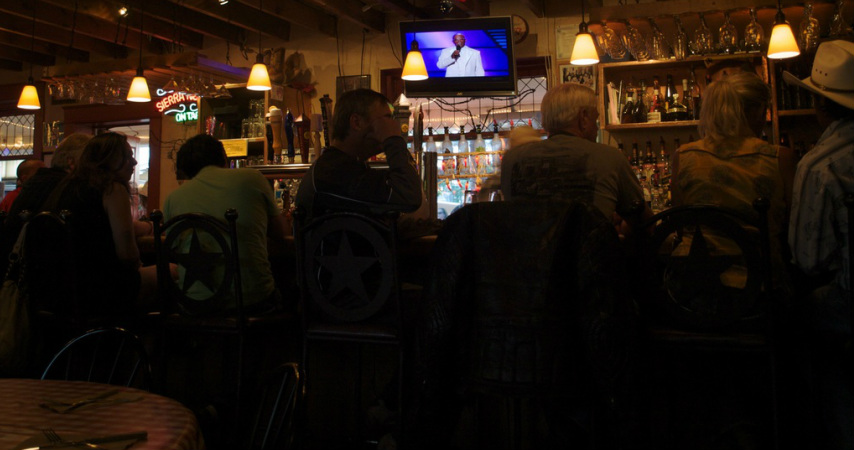 Some times I just gotta get away from everyone - Jayson

Yeah, the band is kind of ragged right now. Thrash is fighting with Kevin over his drug use. Will is fighting with Paris over sun. Everyone is at everyone's throat. It happens on every tour and with every band. We've been in close quarters for too long. The guys think they never want to see each other again. But give them a few weeks at home and they'll be dying to play music together. This - is no big deal. 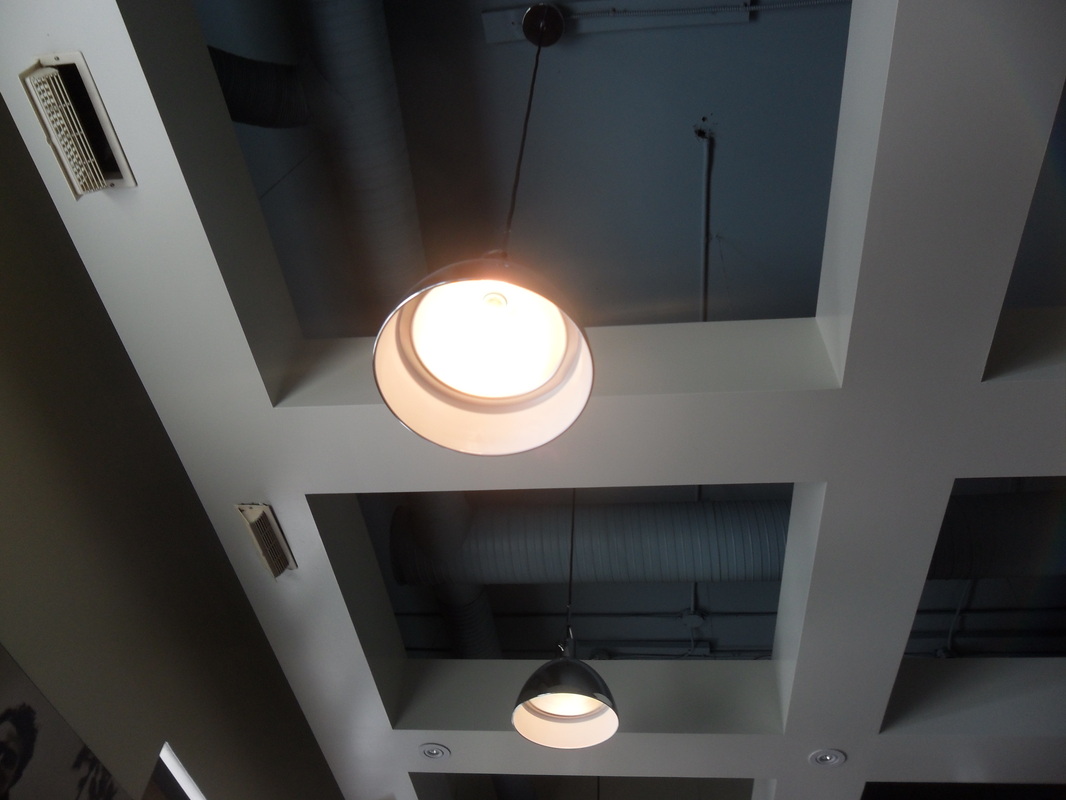 When I get board at parties, I take pictures of the ceiling.

London (and not Ontario)

Why can't people understand? I don't want to film a video at all, but if we're going to do one I at least want to shoot it in London. THe actual London and not some soundstage or stupid green screen. I can't see Jenna-Lee on a green screen, can I? So if you're going to torture me with music videos - make it worth my while. I don't want it to look like this! 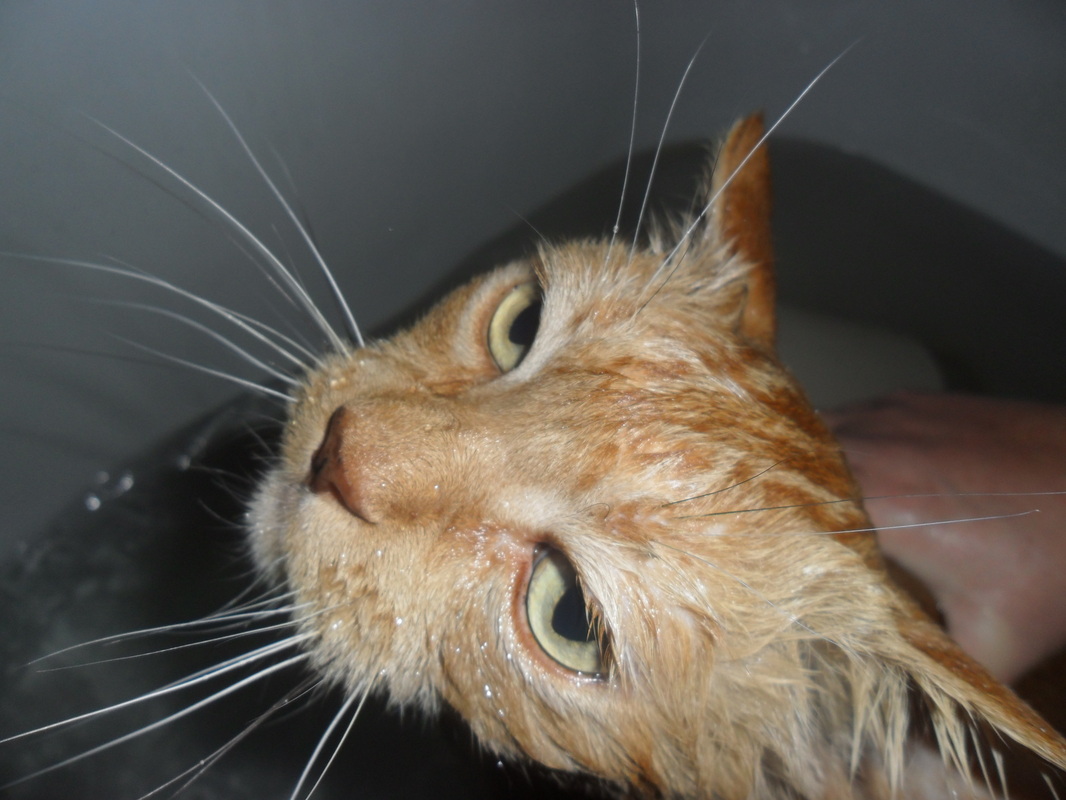 And what was Paris doing tonight while we were all out? Bathing his cat. I'm not even joking.

I'm going to kick Johnny's ass right off his body. Then I'm going to kick Kevin's ass for being an idiot. I'm going to rip asses right off of bodies and shove them down throats. Cocaine? What the Fuck? Pot, fine. Hash, fine. I'm not happy with either of those the way Kevin's been at them but, fine. I'm not going to bother getting into that with him. Pills. Stupid. still - I have better things to do than babysit. But Cocaine? Are you kidding me? Johnny crossed a line. A big line. What he needs to understand is, no one messes with Kevin except me. Period. And nobody gives highly addictive drugs to the best musician I know. Johnny is lucky I didn't mess him up more. 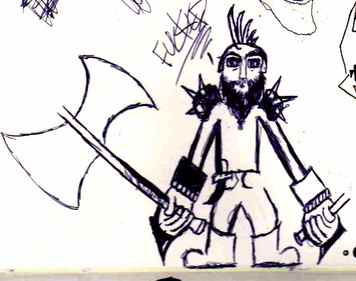 Kevin should Listen to Pee Wee

Things you can wish on 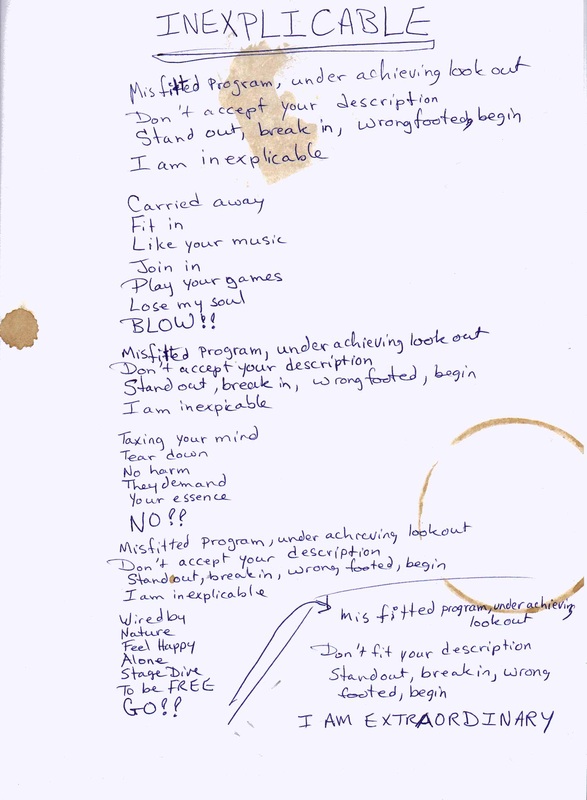 Cut: Everything into cube type shapes, mix with oil (I like canola but you can use your favorite), and sprinkle with your favorite spices and a crushed veggie bouillon cube.

Bake: IN the oven at 350 degrees Fahrenheit on parchment paper for half an hour, stirring every once in a while.

In the meantime: Boil about 8- 10 potatoes then mash the snarf out of them. Add salt, pepper, margarine and rice milk or soy milk (just a splash).

Finish the dish: Cover a greased pie pan or casserole dish with half the mashed potatoes, put the veggies on top, Add a handfull of chopped nuts, cover the vegies and nuts (carefully we want this to look pretty)  with the rest of the mashed potatoes. Bake in the oven for fifteen minutes at 350 degrees Fahrenheit.

What was the craziest gig you’ve ever played?

Jayson: There was this one in Seattle when Thrash first joined Boiled Cat.
Thrash: We were headlining a gig at this, I don’t know, hall? Community centre? Something like that.
Paris: A bunch of yahoos decided they had it out for Thrash.
Jayson: They were in a band called Iron Panda or something.
Paris: I heard they were supposed to play that night but were pulled at the last minute.
Will: No, the deal was they were going to fill the line up if the organizer couldn’t get us. They were never headlining or anything.
Thrash: We were playing with a great group of bands – Immobile Lovely, Unhappiness, and Chimney Below. I was majorly stoked. I mean, these were the guys I listened to.
Kevin: Yeah, that was another thing that pissed them off. The fact that you were freaking out about all the other bands but when Iron Panda introduced themselves, you were like – "Iron who?"
Thrash: Well, I had never heard of them.
Jayson: Anyway, we were just starting to play when Iron Butterfly.
Kevin: Panda
Jayson: start kicking up a fuss, calling Thrash names and throwing things.
Will: They were totally loaded.
Paris: Even though it was an all-ages show.
Kevin: They had been giving the other bands a hard time all night but they really poured it on when we came out.
Will: They totally had a vendetta against Thrash.
Thrash: I guess they didn’t like being shown up by a fourteen year-old.
Kevin: So Thrash is ignoring them, just doing his usual crazy stuff – climbing on everything, spitting, howling, crashing around.
Will: It was pretty impressive.
Paris: The audience was eating it up.
Thrash: On the third song I did my usual leap into the crowd.
Paris: Then the guys from Fuzzy Panda.
Kevin: Iron Panda.
Paris: Whatever - they jump Thrash.
Jayson: Yeah, he was down in the mosh pit singing and the four guys grab him.
Kevin: He absolutely disappeared. One minute you could see his face and the next he was buried.
Will: I could still hear him singing though.
Paris: That's kind of why I didn't realize what was going on exactly. That, and I can't see much from behind my kit.
Jayson: So Paris is banging away, still oblivious. Kevin and Will look at me and I have no idea what to do.
Kevin: Then we hear this growling demon scream followed by a thud and feedback.
Will: I was about to throw down my bass and jump in to rescue Thrash, but Jayson shakes his head and ramps up the music even more.
Kevin: We followed right along with no clue of what Jay was doing.
Paris: The rhythm was getting faster and more intense – but we followed right along, just pounding it out.
Will: And still no Thrash. Not even a sound.
Jayson: Then up he pops swinging his fists, eyes wild - and Iron Monkey -
Kevin: Panda.
Jayson: They all fly back covered in blood.
Will: Thrash was taking on all four guys at once. Smashing faces. Kicking heads. Throwing guys off his back.
Jayson: And there we were giving him a cranked up beat to do it to. It was explosive.
Kevin: It was crazy - like a live action movie.
Jayson: Finally Thrash knocks out two guys cold and smashes the third in the face with his boot. And while the last guy takes off, Thrash picks up his mic and slips back into the song like nothing even happened.
Will: And we did too. It was seamless.
Kevin: Then Thrash climbs back on stage, covered in blood. The crowd goes mad, Really mental, like this is the most amazing thing they've ever seen.
Jayson: And that’s when I knew Boiled Cat had a new singer.
Buy the Book